Memoirs of a Spy's Son

The fascinating memoir of a broadcasting legend.

Light and Shadow is the incredible story of a father waging a secret war against communism during the Cold War, while his son comes of age as a journalist and embarks on the risky career of a foreign correspondent. Mark covered local and global events for the ABC for more than four decades, reporting on wars, royal weddings and everything in between. In the midst of all this he discovered that his father was an MI6 spy.

Mark was witness to some of the most significant international events, including the Iranian hostage crisis, the buildup to the first Gulf War in Iraq and the direct aftermath of the shocking genocide in Rwanda. But when he contracted a life-threatening illness while working in the field, his world changed forever.

Mark Colvin's engrossing memoir takes you inside the coverage of major news events and navigates the complexity of his father's double life. Light and Shadow was published seven months before Mark's death, and he had the pleasure of seeing it become a bestseller. Award-winning ABC journalist Tony Jones pays tribute to his friend in an afterword.

Other Editions - Light and Shadow Updated Edition by Mark Colvin 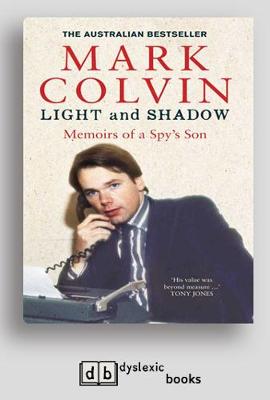 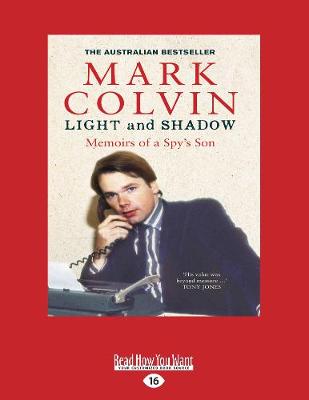 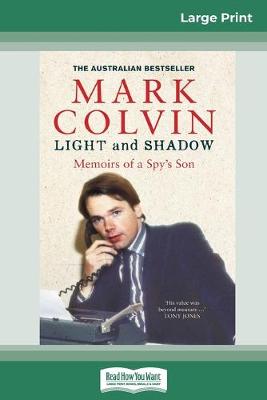 » Have you read this book? We'd like to know what you think about it - write a review about Light and Shadow Updated Edition book by Mark Colvin and you'll earn 50c in Boomerang Bucks loyalty dollars (you must be a Boomerang Books Account Holder - it's free to sign up and there are great benefits!)

Mark Colvin joined the ABC as a cadet in 1974. He was the first presenter of The World Today and worked for Four Corners for five years. After five years as London correspondent for the ABC, interrupted by six months in hospital with a life threatening disease, he returned to Australia as presenter of PM in 1997, a job he continued to do despite three years on dialysis and a successful kidney transplant. Mark died in May 2017.