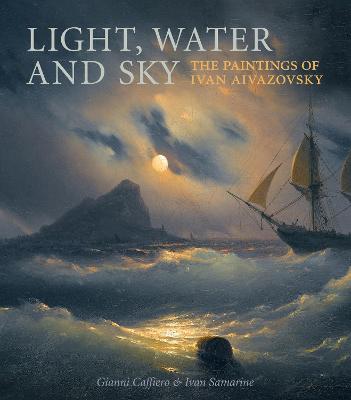 Following the success of Seas, Cities and Dreams in 2000, the authors return with a second volume on the works of this remarkable 19th century master who raised European maritime painting to a new level.

A towering figure in his day, he shot to international fame at an early age. His exhibitions drew enormous crowds all over the world and earned him the admiration of Vernet and Turner. He was elected a member of five European academies and was personally acquainted with most of the crowned heads of his day. In his long and colourful career Aivazovsky claimed to have painted over 6,000 pictures.

The authors-the foremost experts on the artist-have gathered the material for this book from public and private collections worldwide. The large number paintings illustrated offer a significant addition to the published corpus of Aivazovsky's oeuvre. Their chronological arrangement makes this volume an invaluable resource for scholars, collectors and Aivazovsky's many admirers.

» Have you read this book? We'd like to know what you think about it - write a review about Light, Water, and Sky book by Gianni Caffiero and you'll earn 50c in Boomerang Bucks loyalty dollars (you must be a Boomerang Books Account Holder - it's free to sign up and there are great benefits!)

Gianni Caffiero was born in Milan in 1953, where he studied art and painting conservation. He is an internationally renowned consultant specialising in the works of Aivazovsky, on which he advises auction houses and galleries around the world. Ivan Samarine was born in Vienna in 1964, and educated in England. He worked for eight years as an expert in Russian art at Sotheby's where he had daily exposure to works by Aivazovsky. He now runs the Russian Art consultancy based in London.