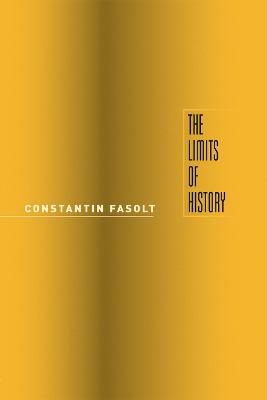 The Limits of History

Description - The Limits of History by Constantin Fasolt

History casts a spell on our minds more powerful than science or religion. It does not root us in the past at all. It rather flatters us with the belief in our ability to recreate the world in our image. It is a form of self-assertion that brooks no opposition or dissent and shelters us from the experience of time.

So argues Constantin Fasolt in The Limits of History, an ambitious and pathbreaking study that conquers history's power by carrying the fight into the center of its domain. Fasolt considers the work of Hermann Conring (1606-81) and Bartolus of Sassoferrato (1313/14-57), two antipodes in early modern battles over the principles of European thought and action that ended with the triumph of historical consciousness. Proceeding according to the rules of normal historical analysis?gathering evidence, putting it in context, and analyzing its meaning?Fasolt uncovers limits that no kind of history can cross. He concludes that history is a ritual designed to maintain the modern faith in the autonomy of states and individuals. God wants it, the old crusaders would have said. The truth, Fasolt insists, only begins where that illusion ends.

With its probing look at the ideological underpinnings of historical practice, The Limits of History demonstrates that history presupposes highly political assumptions about free will, responsibility, and the relationship between the past and the present. A work of both intellectual history and historiography, it will prove invaluable to students of historical method, philosophy, political theory, and early modern European culture.

Other Editions - The Limits of History by Constantin Fasolt 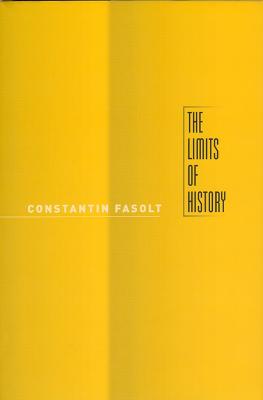 Book Reviews - The Limits of History by Constantin Fasolt

» Have you read this book? We'd like to know what you think about it - write a review about Limits of History book by Constantin Fasolt and you'll earn 50c in Boomerang Bucks loyalty dollars (you must be a Boomerang Books Account Holder - it's free to sign up and there are great benefits!)

Constantin Fasolt is professor of history at the University of Chicago. He is the author of Council and Hierarchy: The Political Thought of William Durant the Younger and the editor and translator of Hermann Conring's New Discourse on the Roman-German Emperor.

A Preview for this title is currently not available.
More Books By Constantin Fasolt
View All