Description - The Lineaments of Population Policy in India by Mohan Rao

India is the first country in the world to have an official programme for family planning that commenced in 1952. It has also seen a strong women's movement to assert reproductive and contraceptive rights. This book brings to the fore several contestations and negotiations between public policy and the women's movement in India. The comprehensive volume puts together key documents from archival records and authoritative sources, and traces the contours that have marked and defined the population policy in India as well as rights issues for women.

A major intervention in the field, this book will be indispensable for scholars and researchers in public policy, public health, demography, gender studies, social policy, development studies, sociology, social justice, human rights, politics and those interested in the study of modern India. 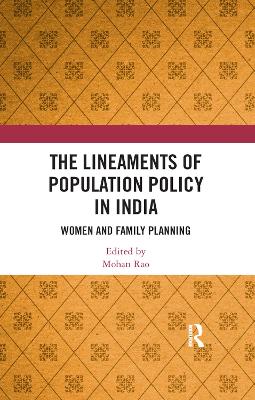 » Have you read this book? We'd like to know what you think about it - write a review about Lineaments of Population Policy in India book by Mohan Rao and you'll earn 50c in Boomerang Bucks loyalty dollars (you must be a Boomerang Books Account Holder - it's free to sign up and there are great benefits!)

Mohan Rao is Professor at the Centre of Social Medicine and Community Health, Jawaharlal Nehru University, New Delhi, India. A medical doctor specialised in public health, he has written extensively on the history and politics of health and population. He has also been closely associated with the women's movements and health movements in the country. He is the author of From Population Control to Reproductive Health: Malthusian Arithmetic (2004), has edited Disinvesting in Health: The World Bank's Prescriptions (1999) and The Unheard Scream: Reproductive Health and Women's Lives in India (2004) and co-edited Markets and Malthus: Population, Gender and Health in Neo-liberal Times (with Sarah Sextor, 2010) and Public Health and Private Wealth: Stem Cells, Surrogates and Other Strategic Bodies (with Sarah Hodges, 2016).

A Preview for this title is currently not available.
More Books By Mohan Rao
View All

The Lineaments of Population Policy in India: Women and Family Planning
$70.19 $77.99