There is nothing new about evil; it has been with us since time immemorial. But there is something new about the kind of evil that characterizes our contemporary liquid-modern world. The evil that characterized earlier forms of solid modernity was concentrated in the hands of states claiming monopolies on the means of coercion and using the means at their disposal to pursue their ends ends that were at times horrifically brutal and barbaric. In our contemporary liquid-modern societies, by contrast, evil has become altogether more pervasive and at the same time less visible. Liquid evil hides in the seams of the canvass woven daily by the liquid-modern mode of human interaction and commerce, conceals itself in the very tissue of human cohabitation and in the course of its routine and day-to-day reproduction. Evil lurks in the countless black holes of a thoroughly deregulated and privatized social space in which cutthroat competition and mutual estrangement have replaced cooperation and solidarity, while forceful individualization erodes the adhesive power of inter-human bonds. In its present form evil is hard to spot, unmask and resist. It seduces us by its ordinariness and then jumps out without warning, striking seemingly at random. The result is a social world that is comparable to a minefield: we know it is full of explosives and that explosions will happen sooner or later but we have no idea when and where they will occur.

In this new book, the sequel to their acclaimed work Moral Blindness Zygmunt Bauman and Leonidas Donskis guide the reader through this new terrain in which evil has become both more ordinary and more insidious, threatening to strip humanity of its dreams, alternative projects and powers of dissent at the very time when they are needed most.

Other Editions - Liquid Evil, Living with Tina by Zygmunt Bauman 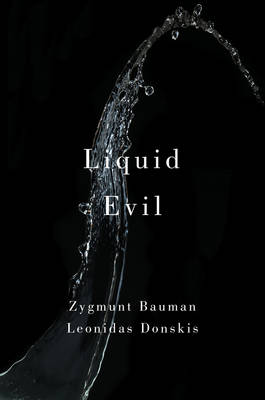 » Have you read this book? We'd like to know what you think about it - write a review about Liquid Evil, Living with Tina book by Zygmunt Bauman and you'll earn 50c in Boomerang Bucks loyalty dollars (you must be a Boomerang Books Account Holder - it's free to sign up and there are great benefits!)

Zygmunt Bauman (1925-2017) was Professor Emeritus of Sociology at the University of Leeds. Leonidas Donskis is Professor of Politics at Vytautas Magnus University, Lithuania.