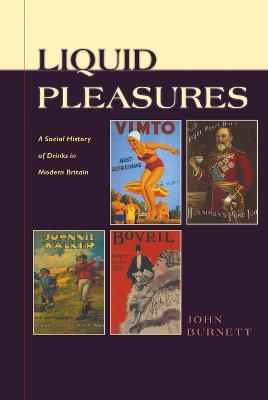 A Social History of Drinks in Modern Britain

Drinking has always meant much more than satisfying the thirst. Drinking can be a necessity, a comfort, an indulgence or a social activity.
Liquid Pleasures is an engrossing study of the social history of drinks in Britain from the late seventeenth century to the present. From the first cup of tea at breakfast to mid-morning coffee, to an eveining beer and a 'night-cap', John Burnett discusses individual drinks and drinking patterns which have varied not least with personal taste but also with age, gender, region and class. He shows how different ages have viewed the same drink as either demon poison or medicine.
John Burnett traces the history of what has been drunk in Britain from the 'hot beverage revolution' of the late seventeenth century - connecting drinks and related substances such as sugar to empire - right up to the 'cold drinks revolution' of the late twentieth century, examining the factors which have determined these major changes in our dietary habits. 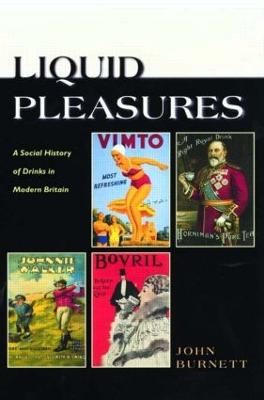 » Have you read this book? We'd like to know what you think about it - write a review about Liquid Pleasures book by Proffessor John Burnett and you'll earn 50c in Boomerang Bucks loyalty dollars (you must be a Boomerang Books Account Holder - it's free to sign up and there are great benefits!)

John Burnett is Emeritus Professor of History at Brunel University. His many books include Idle Hands (1994), Useful Toil (1994) and A Social History of Housing (1986).

A Preview for this title is currently not available.
More Books By Proffessor John Burnett
View All