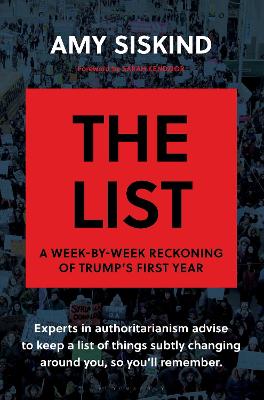 The shocking first-draft history of the Trump regime, and its clear authoritarian impulses, based on the viral Internet phenom "The Weekly List."

In the immediate aftermath of Donald Trump's election as president, Amy Siskind, a former Wall Street executive and the founder of The New Agenda, began compiling a list of actions taken by the Trump regime that pose a threat to our democratic norms. Under the headline: "Experts in authoritarianism advise to keep a list of things subtly changing around you, so you'll remember" Siskind's "Weekly List" began as a project she shared with friends, but it soon went viral and now has more than half a million viewers every week.

Compiled in one volume for the first time, The List is a first draft history and a comprehensive accounting of Donald Trump's first year. Beginning with Trump's acceptance of white supremacists the week after the election and concluding a year to the day later, we watch as Trump and his regime chips away at the rights and protections of marginalized communities, of women, of us all, via Twitter storms, unchecked executive action, and shifting rules and standards. The List chronicles not only the scandals that made headlines but just as important, the myriad smaller but still consequential unprecedented acts that otherwise fall through cracks. It is this granular detail that makes The List such a powerful and important book.

For everyone hoping to #resistTrump, The List is a must-have guide to what we as a country have lost in the wake of Trump's election. #Thisisnotnormal 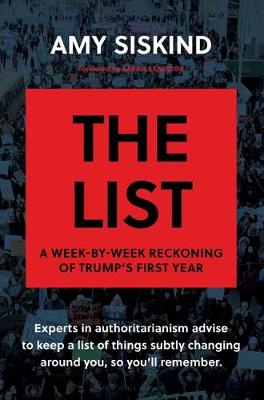 » Have you read this book? We'd like to know what you think about it - write a review about List book by Amy Siskind and you'll earn 50c in Boomerang Bucks loyalty dollars (you must be a Boomerang Books Account Holder - it's free to sign up and there are great benefits!)

Amy Siskind is a national spokesperson, writer and expert on helping women and girls advance and succeed. A former Wall Street executive, she's President and Co-founder of The New Agenda, a national organization working on issues including economic independence and advancement, gender representation and bias, and campus sexual assault. She is a frequent source for the national press, including The Washington Post, The Wall Street Journal, and The New York Times. 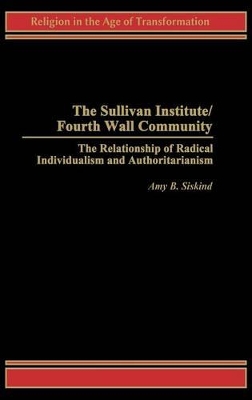