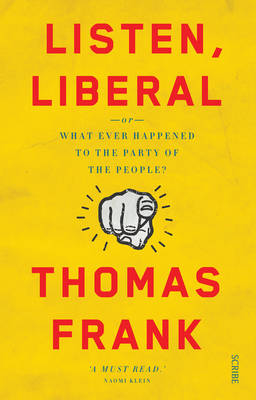 or, what ever happened to the party of the people?

With his trademark sardonic wit and lacerating logic, New York Times-bestselling author Thomas Frank exposes how, in the last few decades, the American Left has made an unprecedented shift away from its working-class roots.

With his trademark sardonic wit and lacerating logic, New York Times-bestselling author Thomas Frank exposes how, in the last few decades, the American Left has made an unprecedented shift away from its working-class roots.

Financial inequality is one of the biggest political issues of our time- from the Wall Street bail-outs - where bankers still received huge bonuses while thousands of people lost their homes - to the rise of 'the One Percent', who between them control 40 per cent of US wealth.

So where are the Democrats - the notional party of the people - in all this? In his scathing examination of how the Democratic Party has failed to combat financial inequality, despite being given near-perfect conditions for success, Thomas Frank argues that the Left in America has abandoned its roots to pursue a new class of supporter- elite professionals.

Under this 'meritocratic' system, the educated middle class prosper; but ordinary workers continue to suffer. Unless the Democrats remember their historic purpose and win back the working class, Frank warns, the rift between America's rich and poor will deepen further still, with dire consequences for both sides. 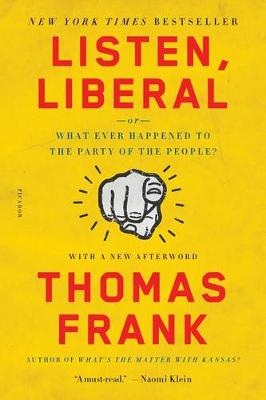 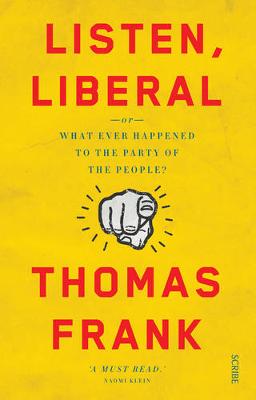 » Have you read this book? We'd like to know what you think about it - write a review about Listen, Liberal book by Thomas Frank and you'll earn 50c in Boomerang Bucks loyalty dollars (you must be a Boomerang Books Account Holder - it's free to sign up and there are great benefits!)

Thomas Frank is the author of Pity the Billionaire, The Wrecking Crew, and What's the Matter with Kansas? A former columnist for The Wall Street Journal and Harper's, Frank is the founding editor of The Baffler. He lives outside Washington, D.C.