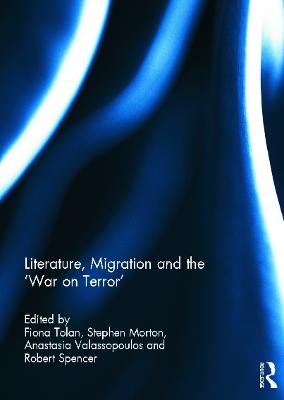 Literature, Migration and the 'War on Terror'

Description - Literature, Migration and the 'War on Terror' by Fiona Tolan

This is a major new collection of essays on literary and cultural representations of migration and terrorism, the cultural impact of 9/11, and the subsequent 'war on terror'. The collection commences with analyses of the relationship between migration and terrorism, which has been the focus of much mainstream political and media debate since the attacks on America in 2001 and the London bombings in 2005, not least because liberal democratic governments in Europe and North America have invoked such attacks to justify the regulation of migration and the criminalisation of 'minority' groups. Responding to the consequent erosion of the liberal democratic rights of the individual, leading scholars assess the various ways in which literary texts support and/or interrogate the conflation of narratives of transnational migration and perceived terrorist threats to national security. This crucial debate is furthered by contrasting analyses of the manner in which novelists from the UK, North Africa, the US and Palestine have represented 9/11, exploring the event's contexts and ramifications.
This path-breaking study complicates the simplistic narratives of revenge and wronged innocence commonly used to make sense of the attacks and to justify the US response. Each novel discussed seeks to interrogate and analyse a discourse typically dominated by consent, belligerence and paranoia. Together, the collected essays suggest the value of literature as an effective critical intervention in the very fraught political aftermath of the 'war on terror'. This book was published as a special issue of the Journal of Postcolonial Writing.

Other Editions - Literature, Migration and the 'War on Terror' by Fiona Tolan 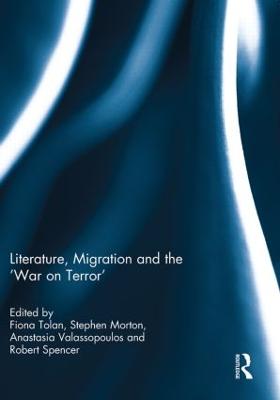 Book Reviews - Literature, Migration and the 'War on Terror' by Fiona Tolan

» Have you read this book? We'd like to know what you think about it - write a review about Literature, Migration and the 'War on Terror' book by Fiona Tolan and you'll earn 50c in Boomerang Bucks loyalty dollars (you must be a Boomerang Books Account Holder - it's free to sign up and there are great benefits!)

Fiona Tolan is a Senior Lecturer in English at Liverpool John Moores University. She specialises in contemporary British and Canadian writing, and is author of Margaret Atwood: Feminism and Fiction. She is Associate Editor of the Journal of Postcolonial Writing. Stephen Morton is a Senior Lecturer in English at the University of Southampton. He is currently completing 'Colonial States of Emergency' for Liverpool University Press, and has published articles in Textual Practice, Wasafiri, Public Culture, New Formations, Ariel, and Interventions. Anastasia Valassopoulos is Lecturer in World Literature at the University of Manchester. Her main area of research is the postcolonial literature and culture of the Middle East and North Africa. She is also interested in the wider cultural production and reception of Arab women's film and music. She is the author of Contemporary Arab Women Writers (Routledge, 2007) and has published work in Research in African Literatures and Critical Survey as well as numerous edited collections. Robert Spencer is Lecturer in Postcolonial Literature and Postcolonial Culture at the University of Manchester. His main research interests are in postcolonial fiction and poetry (especially African and Irish writing). He is the author of Cosmopolitan Criticism and Postcolonial Literature (forthcoming, Palgrave) and has published work in Interventions, New Formations, Postcolonial Studies and the Journal of Postcolonial Writing, as well as several edited collections.

A Preview for this title is currently not available.
More Books By Fiona Tolan
View All