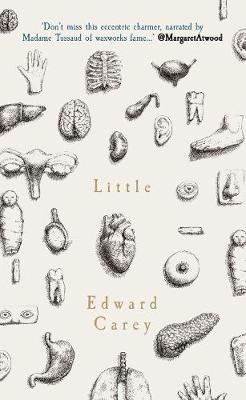 LONGLISTED FOR THE RSL ONDAATJE PRIZE 2019 LONGLISTED FOR THE WALTER SCOTT PRIZE FOR HISTORICAL FICTION 2019 LONGLISTED FOR THE RATHBONES FOLIO PRIZE 2019 "There is a space between life and death: it's called waxworks" The wry, macabre, unforgettable tale of an ambitious orphan in Revolutionary Paris, befriended by royalty and radicals, who transforms herself into the legendary Madame Tussaud. In 1761, a tiny, odd-looking girl named Marie is born in a village in Switzerland. After the death of her parents, she is apprenticed to an eccentric wax sculptor and whisked off to the seamy streets of Paris, where they meet a domineering widow and her quiet, pale son. Together, they convert an abandoned monkey house into an exhibition hall for wax heads, and the spectacle becomes a sensation. As word of her artistic talent spreads, Marie is called to Versailles, where she tutors a princess and saves Marie Antoinette in childbirth. But outside the palace walls, Paris is roiling: The revolutionary mob is demanding heads, and... at the wax museum, heads are what they do. Exuberant and utterly distinctive, LITTLE recalls a momentous stretch of French history through the eyes of Marie Groscholtz, who survives the harshest of beginnings and most violent of revolutions to craft her place in history. LITTLE is a stunning artefact of a novel; a wonderfully grisly reimagining of the life and times of Madame Tussaud. Carey weaves a tale of heartfelt sympathy and jet-black humour; eccentric oddity and utter enchantment. Dickensian in style with an unforgettable cast of characters, LITTLE is a masterpiece for modern times. 'Don't miss this eccentric charmer!' - Margaret Atwood 'Edward Carey's Little is one of the most original historical novels of the year. ( ) Inspired, vivid and macabre, Little is a remarkable achievement' - Sunday Times 'A visceral, vivid and moving novel about finding and honouring one's talent' - The Guardian AUTHOR: Edward Carey was born in Norfolk, England. He is a novelist, visual artist and has also written and directed a number of plays for the National Theatre of Romania and the Vilnius Small State Theatre, Lithuania. In England his plays and adaptations have been performed at the Young Vic Studio, the Battersea Arts Centre, and the Royal Opera House Studio. He is the author of the novels Observatory Mansions, Alva and Irva, and the acclaimed YA series The Iremonger Trilogy, which has been published in thirteen countries and has been optioned for film adaptation. After university, Edward worked at Madame Tussaud in London, preventing people from touching the waxworks, and it was there that he learnt the incredible story of the museum's founder. Edward lives in Austin, Texas in the United States, and teaches at the University of Austin.

Other Editions - Little by Edward Carey 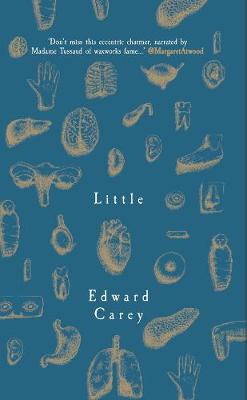 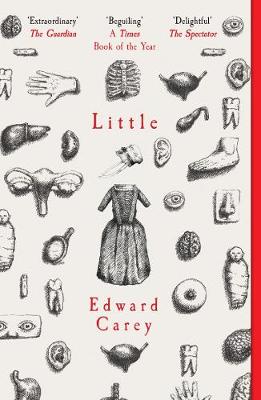 » Have you read this book? We'd like to know what you think about it - write a review about Little book by Edward Carey and you'll earn 50c in Boomerang Bucks loyalty dollars (you must be a Boomerang Books Account Holder - it's free to sign up and there are great benefits!)


A Preview for this title is currently not available.
More Books By Edward Carey
View All