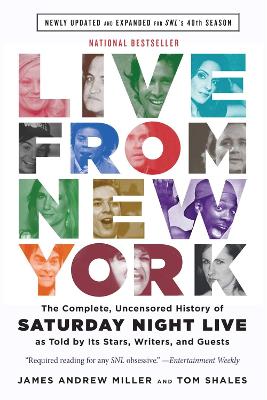 The Complete, Uncensored History of Saturday Night Live as Told by Its Stars, Writers, and Guests

When first published to celebrate the 30th anniversary of Saturday Night Live, LIVE FROM NEW YORK was immediately proclaimed the best book ever produced on the landmark and legendary late-night show. In their own words, unfiltered and uncensored, a dazzling galaxy of trail-blazing talents recalled three turbulent decades of on-camera antics and off-camera escapades. Now a fourth decade has passed---and bestselling authors James Andrew Miller and Tom Shales have returned to Studio 8H. Over more than 100 pages of new material, they raucously and revealingly take the SNL story up to the present, adding a constellation of iconic new stars, surprises, and controversies.

Other Editions - Live From New York by Tom Shales 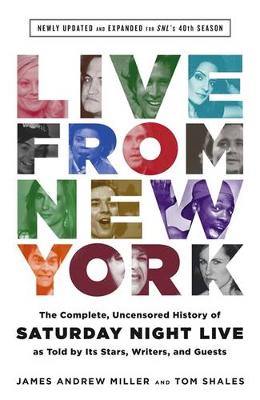 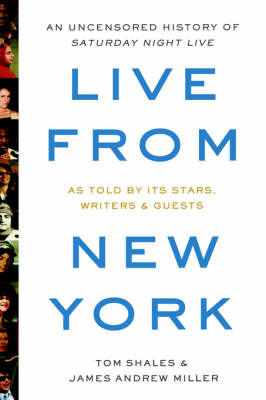 » Have you read this book? We'd like to know what you think about it - write a review about Live From New York book by Tom Shales and you'll earn 50c in Boomerang Bucks loyalty dollars (you must be a Boomerang Books Account Holder - it's free to sign up and there are great benefits!)

James Andrew Miller has worked in virtually all aspects of journalism---as well as on the entertainment side of television production and development---for more than twenty years. Along with Tom Shales, he is the author of the #1 bestseller Those Guys Have All the Fun: Inside the World of ESPN.Tom Shales is America's foremost television critic, having won the Pulitzer Prize for Criticism in 1989. For twenty-five years, he was film critic for National Public Radio.

A Preview for this title is currently not available.
More Books By Tom Shales
View All