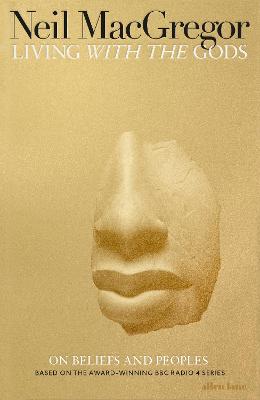 Living with the Gods

40,000 Years of Peoples, Objects and Beliefs

Description - Living with the Gods by Dr Neil MacGregor

The panoramic new history of belief from the celebrated author of A History of the World in 100 Objects.

No society on Earth lacks beliefs about where it has come from, its place in the world, and the connection of individuals to the eternal. Until recently, it was widely assumed that religion was on the wane almost everywhere- now, far from becoming marginalised, the relationship between faith and society has moved to the centre of politics and global conversation. Neil MacGregor's new book and radio series, and the parallel exhibition at the British Museum, trace how different societies have understood and articulated their place in the cosmic scheme. He examines mankind's beliefs not from the perspective of institutional religions, but by focusing on the shared narratives that have shaped societies - and on what happens when different narratives run up against each other. MacGregor brilliantly turns his kaleidoscope of objects, monuments and ideas to set these pressing contemporary concerns in the long perspectives of time and place.

Other Editions - Living with the Gods by Dr Neil MacGregor Book Reviews - Living with the Gods by Dr Neil MacGregor

» Have you read this book? We'd like to know what you think about it - write a review about Living with the Gods book by Dr Neil MacGregor and you'll earn 50c in Boomerang Bucks loyalty dollars (you must be a Boomerang Books Account Holder - it's free to sign up and there are great benefits!)

Neil MacGregor was Director of the National Gallery, London from 1987 to 2002 and of the British Museum from 2002 to 2015. His previous books include A History of the World in 100 Objects, Shakespeare's Restless World and Germany: Memories of a Nation, all available in Penguin and now between them translated into more than a dozen languages. In 2010, he was made a member of the Order of Merit, the UK's highest civil honour. He is now Chair of the Steering Committee of the Humboldt Forum in Berlin.