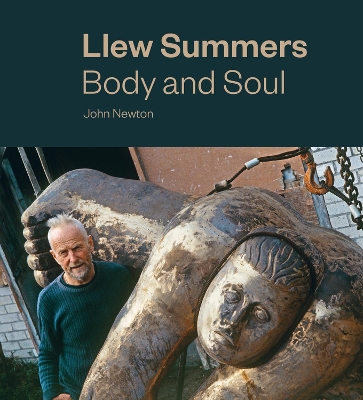 Llew Summers (1947-2019) was a rarity in the art world - a figurative artist in a scene dominated by abstract practices. 'Llew Summers: Body and Soul' depicts the work and life of one of New Zealand's most recognisable sculptors, a man of great warmth and astonishing vitality, whose works are daring, sensual and provocative. John Newton takes us from Summers' beginnings as a self-taught artist, through his relationships and family life, to his success as a highly visible sculptor with works found in public spaces throughout New Zealand. 'Llew Summers: Body and Soul' is published with the support of Creative New Zealand. We follow Summers' progression as an artist, a true independent, working outside the hierarchies of the art world. His early monumental works in concrete made him a public fixture, with themes of nurture and nature, sexuality and solidity seen in his idealised female forms. As he discovered carving in wood and marble, the work became more subtle and increasingly dynamic. From the early 2000s, following his first trip to Europe, religious imagery entered Summers' work in ways that extended both his visual and thematic range, and introduced a more overtly spiritual element. His later career features depictions of Christ, angelic winged figures and large, ambitious works in bronze. Illustrated with more than 200 photographs, including newly commissioned images of Summers' works, 'Llew Summers: Body and Soul' is a joyful record of a life in sculpture and a testimony to the value of public art.

» Have you read this book? We'd like to know what you think about it - write a review about Llew Summers: Body and soul book by John Newton and you'll earn 50c in Boomerang Bucks loyalty dollars (you must be a Boomerang Books Account Holder - it's free to sign up and there are great benefits!)


A Preview for this title is currently not available.
More Books By John Newton
View All

The Getting of Garlic: Australian Food from Bland to Brilliant, with Recipes Old and New
Available, ships in 7-10 business days
$28.04 $32.99