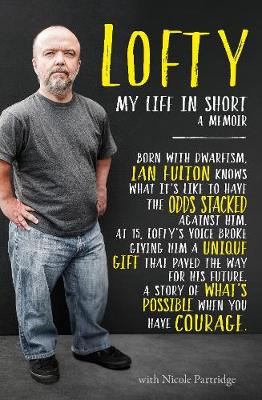 My Life in Short

A memoir of standing tall against the odds

Australian voice-over artist Lofty Fulton knows what it's like to have the odds stacked against him: Born with achondroplasia, which is a form of dwarfism, his grandmother thought he should be locked away from the world. At school, he suffered years of relentless bullying, believing the lie he would never be loved or good enough.

At 15, Lofty's voice broke, giving him a unique gift that paved the way for his future.

LOFTY: MY LIFE IN SHORT is a deeply personal memoir - of vulnerability and courage and humour as Lofty unpacks the events of his traumatic childhood, public bigotry; a failed marriage, the highs and lows of a successful radio career and his struggles with crippling general anxiety disorder, clinical depression and a serious gambling addiction.

Lofty's story is a collusion of light and shade; a reflection on what it means to be human, to search for meaning and purpose. From brokenness to breakthrough, Lofty has slayed many of his inner demons, rising to become one of Australia's most sought after and recognisable voices.

Other Editions - Lofty by Lofty Fulton 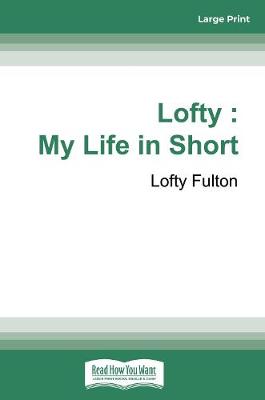 » Have you read this book? We'd like to know what you think about it - write a review about Lofty book by Lofty Fulton and you'll earn 50c in Boomerang Bucks loyalty dollars (you must be a Boomerang Books Account Holder - it's free to sign up and there are great benefits!)


A Preview for this title is currently not available.
More Books By Lofty Fulton
View All