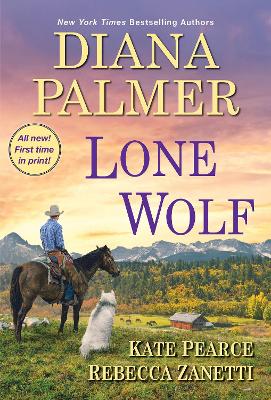 Headlined by western romance legend Diana Palmer, three celebrated New York Times bestselling authors combine their talents to celebrate the wildest version of man's best friend--the noble wolf. Each novella revolves around a rugged man and his trusty wolf protector as an opportunity for happily ever afters arise. Filled with sizzling tension and well-drawn characters--animal and human alike--this anthology is sure to resonate with readers looking to answer the call of the wild.

Loyal as a wolf--and just as strong and untamed--three solitary heroes are about to meet their perfect partners, in this thrilling collection from a trio of New York Times bestselling authors...

COLORADO COWBOY by DIANA PALMER
Fleeing her mother's killer, Esther Marist ends up at a rugged stranger's cabin. A wildlife rehabilitator with a menagerie that includes an elderly wolf, Matthews isn't the type to turn any creature away. As Esther heals, she realizes how much danger she's brought to his door--and how far he'll go to protect her.

THE WOLF ON HER DOORSTEP by KATE PEARCE
Beth Baker senses her grumpy summer tenant must be in trouble when his pet wolf shows up at her door, demanding she follow. Conner O'Neil, solitary and stubborn, doesn't want Beth's help--but only he can show her how to trust again.

RESCUE- COWBOY STYLE by REBECCA ZANETTI
Trent Logan has his ranch, his friends, and his wolf, and that's more than enough--until a shivering city girl runs into the Cattle Club to escape a Wyoming storm. Her eyes hold a world of secrets, and he'll have to face the demons of his own past in order to save them both. 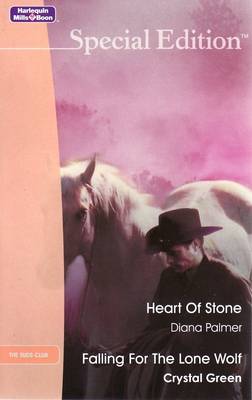 » Have you read this book? We'd like to know what you think about it - write a review about Lone Wolf book by Diana Palmer and you'll earn 50c in Boomerang Bucks loyalty dollars (you must be a Boomerang Books Account Holder - it's free to sign up and there are great benefits!)