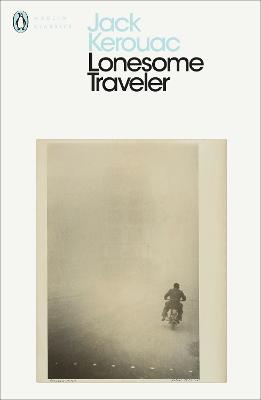 A timeless travelogue from the leading light of the Beat Generation, Jack Kerouac's Lonesome Traveller is a jubilant celebration of human discovery, published in Penguin Modern Classics.As he roams the US, Mexico, Morocco, Paris and London, Kerouac records, in prose of pure poetry, life on the road. Standing on the engine of a train as it rushes past fields of prickly cactus; witnessing his first bullfight in Mexico while high on opium; catching up with the beat nightlife in New York; burying himself in the snow-capped mountains of north-west America; meditating on a sunlit roof in Tangiers; or falling in love with Montmartre and the huge white basilica of Sacre-Coeur - Kerouac reveals both the endless diversity of human life and his own high-spirited philosophy of self-fulfilment.'Piquant writing, the best part of its flavour being ... the hunt for the big experience, a touch of Hemingway and Whitman'Guardian'Full of startling and beautiful things ... one sees, hears and feels'Sunday Times 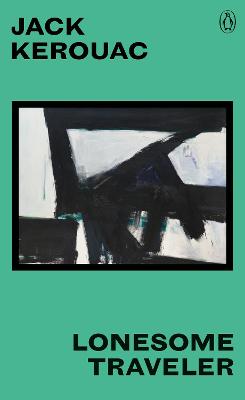 » Have you read this book? We'd like to know what you think about it - write a review about Lonesome Traveler book by Jack Kerouac and you'll earn 50c in Boomerang Bucks loyalty dollars (you must be a Boomerang Books Account Holder - it's free to sign up and there are great benefits!)

Jack Kerouac was born in Lowell, Massachusetts. His most famous novels are On the Road, The Subterraneans and The Dharma Bums. His first more orthodox published novel was The Town and the City. Jack Kerouac, who described himself as a 'strange solitary crazy Catholic mystic,' was working on his longest novel, a surrealistic study of the last ten years of his life when he died in 1969, aged forty-seven. Other works by Jack Kerouac include Big Sur, Desolation Angels, Lonesome Traveler, Visions of Gerard, Tristessa, and a book of poetry called Mexico City Blues. On the Road: The Original Scroll, the full uncensored transcription of the original manuscript of On the Road, is published by Penguin Modern Classics.