Nine Lives.Four Generations.One Family.The MacEntees are no ordinary family. Determined to be different to other people, they have carved out a place for themselves in Irish life by the sheer force of their own personalities. But when a series of misfortunes befall them over the course of one long hot summer, even the MacEntees will struggle to make sense of who they are. Meet the MacEntees:Deirdre, the reluctant matriarch.Manus, the eccentric grandfather.Alma, the TV star who falls victim to a vicious assault. Mick, the European politician on the run from a media storm.Liam, the Government minister sacked by an angry electorate.Acushla, the model wife with an unhappy secret.Connie, the wild child turned exhausted young mother.Nora, the idealist, missing somewhere in the Middle East.And Macdara, the fragile and gentle soul of the family.As the MacEntees do battle with their misfortunes, Deirdre is planning a family party for her 80th birthday, and with it one final, shocking surprise.

Other Editions - The Long, Hot Summer by Kathleen MacMahon 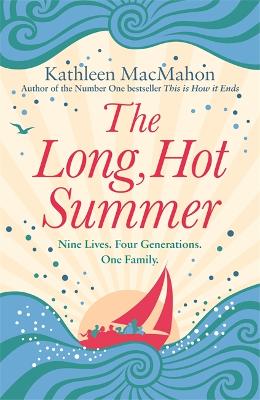 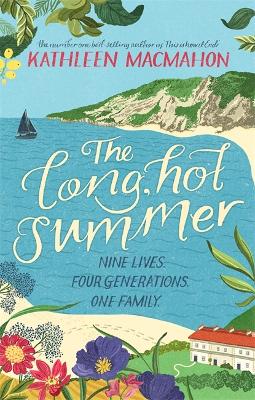 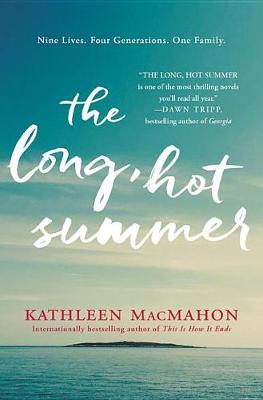 » Have you read this book? We'd like to know what you think about it - write a review about Long, Hot Summer book by Kathleen MacMahon and you'll earn 50c in Boomerang Bucks loyalty dollars (you must be a Boomerang Books Account Holder - it's free to sign up and there are great benefits!)

“In through the nose, out through the mouth, he chanted silently to himself, thinking ruefully of old dogs and new tricks as his thoughts marched off in a new direction. He made a half-hearted attempt to catch them, like a man chasing along a city pavement a scrap of paper or a sweet wrapper that has been picked up by the wind and is dancing away from him, always just out of reach”

The Long, Hot Summer is the second novel by Irish television journalist and author, Kathleen MacMahon. It’s April, 2013, six months until Deidre O’Sullivan’s eightieth birthday and she is flicking through the scrapbook that documents the life of her family: two daughters, a son, two grandchildren, two great-grandchildren, and, of course, the attached spouses and lovers. Both Deidre and her house are feeling their age, what with cataracts, arthritis, an ageing bladder, a leaky roof and an overgrown garden. And her husband Manus is no help, having left her for his young Moroccan lover over twenty years previously. But Manus does make a comment that sows the seed of an idea in her mind: it’s something that will make everyone sit up and take notice.

MacMahon gives eight other members of this extended family a voice: the events (and there are quite a few) of the following six months and how they affect the family are told as they occur, from each successive perspective; Deidre’s views bookend this tale of a long, hot summer that includes sleep deprivation, a mugging, the theft of a pepper-grinder, a shocking public confession, arrest in a foreign country, a tragic car accident, a thirty-year manuscript, yoga, Celebrity Master Chef, a separation, a reconciliation (or two), the death of a political career, a terrible Irish joke and, of course, an eightieth birthday party.

There are plenty of laugh-out-loud moments but also some that will have even the most cynical reader choking up. Words of wisdom are spoken and decisions are made. MacMahon gives the reader a cast of appealing characters: Maeve Binchy said of MacMahon’s first novel “…people who are easy to believe in and hard to forget” and this could easily apply here too. She touches on everyday family issues, but also topics like Irish Abortion laws, ageing, sibling rivalry, dementia, death notices and the responsibility for cleaning out blocked drains.

MacMahon has a real talent for descriptive prose: “As Alma listened to them, it seemed that their conversation was like a deck of cards that had been well and truly shuffled and then dealt out, each card appearing at random but still familiar” and “On the screen, Nora was all distorted. Her face was too small, her eyes too big. She looked like a woodland animal who has stumbled upon a secret camera and is inspecting it, oblivious to its purpose” and “…Deidre has been playing a part for so many years that she has long since given up on trying to find the place where her own personality ends and the pretending begins” are examples. A genuinely heart-warming read. With thanks to TheReadingRoom and Hachette for this copy to read and review

Kathleen MacMahon is a former radio and television journalist with Ireland's national broadcaster, RTE. The granddaughter of the distinguished short story writer Mary Lavin, Kathleen lives in Dublin with her husband and twin daughters. This is How it Ends, her first novel, was a No.1 bestseller in Ireland for five consecutive weeks and spent nine weeks in the Top Ten bestseller list.

A Preview for this title is currently not available.
More Books By Kathleen MacMahon
View All