Lord John and the Hand of Devils

Description - Lord John and the Hand of Devils by Diana Gabaldon

A keepsake collection of Lord John Grey's shorter adventures and a spectacular addition to any Gabaldon fan's library, Lord John and the Hand of the Devils brings these three unique novellas together for the first time.

Lord John and the Hellfire Club marks the first appearance of Lord John outside the Outlander novels (and chronologically precedes the novel Lord John and the Private Matter). A young diplomat is killed in the street as he begs Lord John for help. Witnessing the murder, Grey vows to avenge the young man, as the trail leads to the notorious Hellfire Club and the dark caves beneath Medmenham Abbey

In Lord John and the Succubus, Grey's assignment as liaison to a Hanoverian regiment in Germany finds him caught between two threats- the advancing French and Austrian army, and the menace of a mysterious 'night-hag,' who spreads fear and death among the troops. Acknowledging that he is unlikely to fall victim to a succubus, Lord John is obliged to contend with the marauding night-hag before the enemy arrives. This tale with a touch of the supernatural bridges the action between Gabaldon's two full-length Lord John tales.

Finally, in Lord John and the Haunted Soldier, Lord John is called to the Arsenal at Woolwich to answer a Royal Commission of Enquiry's questions regarding a cannon that exploded during the battle of Krefeld (a central action in Lord John and the Brotherhood of the Blade). Accusations ensue, and Lord John finds himself knee-deep in a morass of gunpowder, treason, and plot -- haunted by a dead lieutenant, and followed by a man with no face. 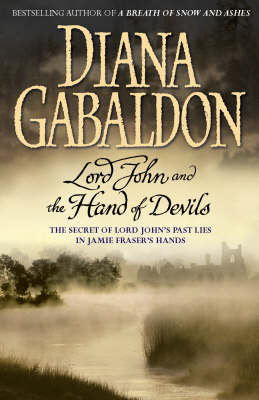 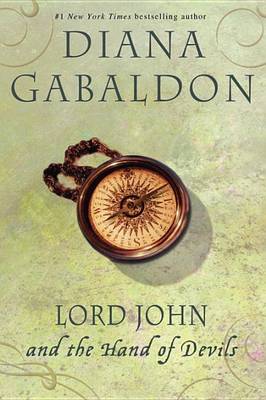 » Have you read this book? We'd like to know what you think about it - write a review about Lord John and the Hand of Devils book by Diana Gabaldon and you'll earn 50c in Boomerang Bucks loyalty dollars (you must be a Boomerang Books Account Holder - it's free to sign up and there are great benefits!)

Diana Gabaldon is the author of the international bestsellers CROSS STITCH, DRAGONFLY IN AMBER, VOYAGER, DRUMS OF AUTUMN and THE FIERY CROSS - all featuring Claire and Jamie Fraser. Although American by birth, Diana has become fascinated by the history of Scotland, England, France and the USA in the mid-18th century when the struggles that would determine the shape of the modern world were taking place. She lives in Scottsdale, Arizona, with her husband and their children.