'I loved it! It's got a kind of Bridget Jones feel and such a page turner. Great fun but with such beautiful heart. I've already cast the film/series in my head!' Rebecca Gibney

Vanessa Rooney is a thirty-something dental hygienist who finds herself a single mum with a hole in her heart where her husband had been.

Somehow she finds the courage to fulfil her childhood dream of writing a romance novel but soon discovers that her novel has been plagiarised by her idol, celebrity author Charlotte Lancaster.

Vanessa reluctantly sues Charlotte with the help of suburban solicitor Dave Rendall, who's nursing some unfulfilled dreams of his own. When gun QC Marcus Stafford agrees to join their legal team, Vanessa feels like her perfect man has stepped right out of the pages of her book and into her life.

As all hell breaks loose publicly and privately, Vanessa confronts a painful past and realises what Dave already knew - that she's an intelligent, funny, amazing woman and Marcus Stafford is, well, a tosspot.

Vanessa finally understands that what she wanted wasn't what she needed, but has this realisation come too late?

Other Editions - Losing the Plot by Elizabeth Coleman » Have you read this book? We'd like to know what you think about it - write a review about Losing the Plot book by Elizabeth Coleman and you'll earn 50c in Boomerang Bucks loyalty dollars (you must be a Boomerang Books Account Holder - it's free to sign up and there are great benefits!)

Losing The Plot is the first novel by Australian playwright, screenwriter and author, Elizabeth Coleman. Since she was a teenager, dental assistant Vanessa Rooney has wanted to write. Finally, as a divorced mother of two pre-teen boys, she makes the time to do it. It takes her twelve long, laborious months but, clicking on the email that sends her completed manuscript of ‘Lost and Found Heart’ to the Wax Publishing, she actually feels like an author.

Any budding author has to expect rejection, so that email from Amy Dunphy at Wax is a reality check. But Vanessa’s disappointment turns to disbelief when, attending an author signing at Readings, she hears her idol, celebrated romance author, Charlotte Lancaster (also a Wax Publishing author), quoting her own painstakingly composed words back to her. How can this be?

While Vanessa begins second-guessing herself, her mum, Joy and her best friend, Kiri are furious and insist she take legal action. That’s where Dave Rendall comes in: coach of her son’s soccer team, the Redbacks, but also a lawyer, he agrees to take a look, even though it’s by no stretch of the imagination his field of expertise. Dave, single dad of Nickie, finds himself attracted to this charming, unsophisticated single mum.

Marcus Stafford is the barrister they consult. An Intellectual Property law expert, he’s agreed to act for them on a “no win, no fee” basis, but it’s an added bonus for Marcus that the suit for breach of copyright will be against his ex-wife. And when Marcus sweeps in to be Vanessa’s knight in shining armour, she goes weak at the knees. Her novel’s hero, Dr Magnus Maddison could have been modelled on Marcus.

The plot mostly follows expected lines, although there are one or two surprises. The romance, for being fairly predictable, is no less enjoyable. Coleman’s characters are generally appealing, with a few intentional exceptions (we always need someone to despise). Several that start off quite shallow end up less than cardboard. Kiri is likely to be a stand-out favourite. Vanessa and Dave both come with baggage and make some poor decisions, but the reader will nonetheless be cheering them on.

The first encounter between Vanessa and Dave is the classic mortifying experience, but immediately marks Dave as one of the good guys. Their inner monologues, especially Vanessa’s arguments with her more rational self, are highly entertaining. Kiri is a staunch friend who never minces (her kiwi-accented) words when offering her opinion on men like Craig (Niss’s ex-husband) or Marcus: wenkers and dickhids, both of thim.

Coleman explores several themes, both topical and age-old: the disconnect between the behaviour of the traditional romance hero and the expectations of how men should behave in real life; attraction based on looks; setting an example for children; the stereotype of the romance writer; and following your dream despite a fear of failing. As the current Christiane Serruya plagiarism scandal unfolds, this is suddenly a very topical read!

With this delightful romantic comedy, Coleman comprehensively proves wrong the tenet that Wax Publishing’s lawyer insists cannot be broken in romance writing: the hero must be obscenely rich with an attitude to match. Equal parts hilarious and thought-provoking, this is a brilliant debut novel. This unbiased review is from an uncorrected proof copy provided by Allen & Unwin 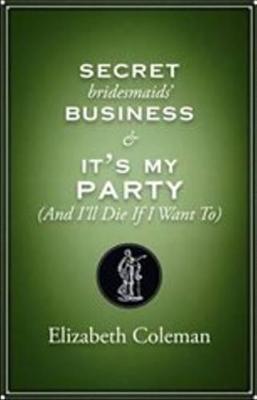 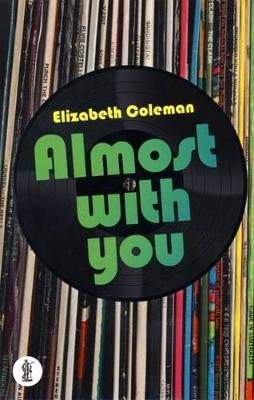 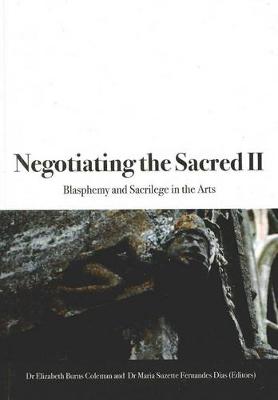