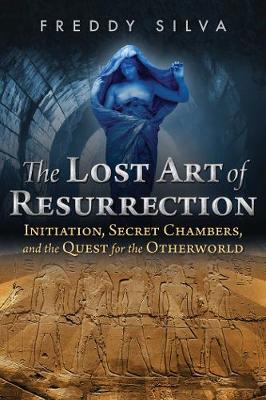 The Lost Art of Resurrection

Initiation, Secret Chambers, and the Quest for the Otherworld 2nd Edition, New Edition

Description - The Lost Art of Resurrection by Freddy Silva

Reveals the radical ancient practice of living resurrection, in which initiates ritually died and were reborn into a state of higher consciousness

More than two thousand years before the resurrection of Jesus, initiates from spiritual traditions around the world were already practicing a secret mystical ritual in which they metaphorically died and were reborn into a higher spiritual state. During this living resurrection, they experienced a transformative spiritual awakening that revealed the nature of reality and the purpose of the soul, described as "rising from the dead."

Exploring the practice of living resurrection in ancient Egyptian, Phoenician, Greek, Persian, Indian, Japanese, Chinese, Celtic, and Native American traditions, Freddy Silva explains how resurrection was never meant for the dead, but for the living--a fact supported by the suppressed Gnostic Gospel of Philip: "Those who say they will die first and then rise are in error. If they do not first receive the resurrection while they live, when they die they will receive nothing." He reveals how these practices were not only common in the ancient world but also shared similar facets in each tradition: initiates were led through a series of challenging ordeals, retreated for a three-day period into a cave or restricted room, often called a "bridal chamber," and while out-of-body, became fully conscious of travels in the Otherworld. Upon returning to the body, they were led by priests or priestesses to witness the rising of Sirius or the Equinox sunrise.

Silva describes some of the secret chambers around the world where the ritual was performed, including the so-called tomb of Thutmosis III in Egypt, which featured an empty sarcophagus and detailed instructions for the living on how to enter the Otherworld and return alive. He reveals why esoteric and Gnostic sects claimed that the literal resurrection of Jesus promoted by the Church was a fraud and how the Church branded all living resurrection practices as a heresy, relentlessly persecuting the Gnostics to suppress knowledge of this self-empowering experience. He shows how the Knights Templar revived these concepts and how they survive to this day within Freemasonry.

Exploring the hidden art of living resurrection, Silva shows how this personal experience of the Divine opened the path to self-empowerment and higher consciousness, leading initiates such as Plato to describe it as the pinnacle of spiritual development.


Other Editions - The Lost Art of Resurrection by Freddy Silva 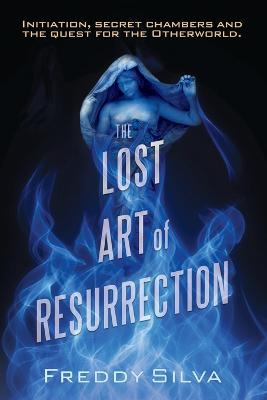 Book Reviews - The Lost Art of Resurrection by Freddy Silva

» Have you read this book? We'd like to know what you think about it - write a review about Lost Art of Resurrection book by Freddy Silva and you'll earn 50c in Boomerang Bucks loyalty dollars (you must be a Boomerang Books Account Holder - it's free to sign up and there are great benefits!)

Freddy Silva is a leading researcher of alternative history, ancient knowledge, sacred sites, and the interaction between temples and consciousness. He has appeared on Discovery Channel, BBC, and Coast to Coast AM radio. He is the author of 5 books and lives in Portland, Maine.

A Preview for this title is currently not available.
More Books By Freddy Silva
View All