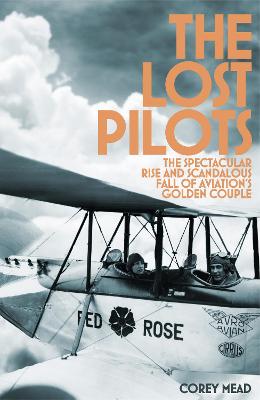 The Spectacular Rise and Scandalous Fall of Aviation's Golden Couple

The Sahara Desert, February 1962: the wreckage of a plane emerges from the sands revealing, too, the body of the plane's long-dead pilot. But who was he? And what had happened to him?

Baker Street, London, June 1927: twenty-five-year-old Jessie Miller had fled a loveless marriage in Australia, longing for adventure in the London of the Bright Young Things. At a gin-soaked party, she met Bill Lancaster, fresh from the Royal Air force, his head full of a scheme that would make him as famous as Charles Lindbergh, who has just crossed the Atlantic. Lancaster wanted to fly three times as far - from London to Melbourne - and in Jessie Miller he knew he had found the perfect co-pilot.

By the time they landed in Melbourne, the daring aviators were a global sensation - and, despite still being married to other people, deeply in love. Keeping their affair a secret, they toured the world until the Wall Street Crash changed everything; Bill and Jessie - like so many others - were broke. And it was then, holed up in a run-down mansion on the outskirts of Miami and desperate for cash, that Jessie agreed to write a memoir. When a dashing ghostwriter Haden Clark was despatched from New York, the toxic combination of the handsome interloper, bootleg booze and jealousy led to a shocking crime. The trial that followed put Jessie and Bill back on the front pages and drove him to a reckless act of abandon to win it all back.

Other Editions - The Lost Pilots by Corey Mead 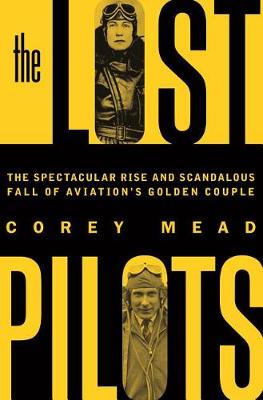 » Have you read this book? We'd like to know what you think about it - write a review about Lost Pilots book by Corey Mead and you'll earn 50c in Boomerang Bucks loyalty dollars (you must be a Boomerang Books Account Holder - it's free to sign up and there are great benefits!)

Corey Mead is an Associate Professor of English at Baruch College, City University of New York. He is the author of Angelic Music: The Story of Benjamin Franklin's Glass Armonica and War Play: Video Games and the Future of Armed Conflict. His work has appeared in Time, Salon, The Daily Beast, and numerous literary journals. He lives in New York.

A Preview for this title is currently not available.
More Books By Corey Mead
View All