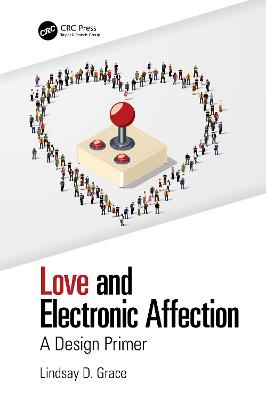 Love and Electronic Affection: A Design Primer brings together thought leadership in romance and affection games to explain the past, present, and possible future of affection play in games. The authors apply a combination of game analysis and design experience in affection play for both digital and analog games. The research and recommendations are intersectional in nature, considering how love and affection in games is a product of both player and designer age, race, class, gender, and more. The book combines game studies with game design to offer a foundation for incorporating affection into playable experiences.

The text is organized into two sections. The first section covers the patterns and practice of love and affection in games, explaining the patterns and practice. The second section offers case studies from which designers can learn through example. Love and Electronic Affection: A Design Primer is a resource for exploring how digital relationships are offered and how to convey emotion and depth in a variety of virtual worlds.

* A catalog of existing digital and analog games for which love and affection are a primary or secondary focus.

* A catalog of the uses of affection in games, to add depth and investment in both human-computer and player-to-player engagement.

* Perspective on affection game analyses and design, using case studies that consider the relationship of culture and affection as portrayed in games from large scale studios to single author independent games.

* Analysis and design recommendations for incorporating affection in games beyond romance, toward parental love, affection between friends, and other relationships.

* Analysis of the moral and philosophical considerations for historical and planned development of love and affection in human-computer interaction.

* An intersectionality informed set of scholarly perspectives from the Americas, Eurasia, and Oceania.

Lindsay D. Grace is Knight Chair of Interactive Media and an Associate Professor at the University of Miami School of Communication. He is Vice President for the Higher Education Video Game Alliance and the 2019 recipient of the Games for Change Vanguard award. Lindsay is author of Doing Things with Games, Social Impact through Design and more than fifty peer-reviewed papers on games and related research.

He has given talks at the Game Developers Conference, SXSW, Games for Change Festival, the Online News Association, the Society for News Design, and many other industry events. He was the founding director of the American University Game Lab and Studio and the designer-developer behind several award winning games, including two affection games. He served as Vice President and on the board of directors for the Global Game Jam (TM) non-profit between 2014 and 2019. From 2009 to 2013 he was the Armstrong Professor at Miami University's School of Art. Lindsay also served on the board for the Digital Games Research Association (DiGRA) between 2013 and 2015.

Other Editions - Love and Electronic Affection: A Design Primer by Lindsay D. Grace 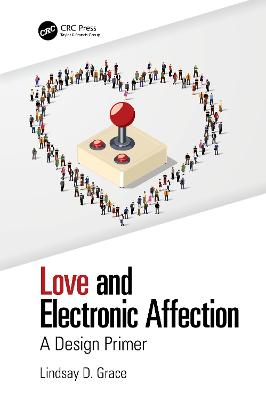 » Have you read this book? We'd like to know what you think about it - write a review about Love and Electronic Affection: A Design Primer book by Lindsay D. Grace and you'll earn 50c in Boomerang Bucks loyalty dollars (you must be a Boomerang Books Account Holder - it's free to sign up and there are great benefits!)


A Preview for this title is currently not available.
More Books By Lindsay D. Grace
View All