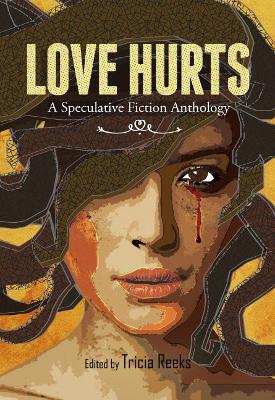 » Have you read this book? We'd like to know what you think about it - write a review about Love Hurts book by Hugh Howey and you'll earn 50c in Boomerang Bucks loyalty dollars (you must be a Boomerang Books Account Holder - it's free to sign up and there are great benefits!)

Hugh Howey is the author of the acclaimed post-apocalyptic novel Wool, which became a sudden success in 2011. Originally self-published as a series of novelettes, the Wool omnibus has been a #1 bestselling book on Amazon.com and is a New York Times and USA Today bestseller. The book was also optioned for film by Ridley Scott, and is now available in print from major publishers all over the world. Hughs other books include Shift, Dust, Sand, The Shell Collector, the Molly Fyde series, The Hurricane, Half Way Home, The Plagiarist, and I, Zombie. Hugh lives on a boat that he hopes to sail around the world. Website:www.HughHowey.com Charlie Jane Anders is the author of All the Birds in the Sky, a novel published in 2016 by Tor Books. She is the editor in chief of io9.com and the organizer of the Writers with Drinks reading series. Her stories have appeared in Asimovs Science Fiction, The Magazine of Fantasy & Science Fiction, Tor.com, Lightspeed, Tin House, ZYZZYVA, and several anthologies. Her novelette Six Months, Three Days won a Hugo award. Website: CharlieJane.com Jeff VanderMeers most recent fiction is the NYT-bestselling Southern Reach trilogy (Annihilation, Authority, and Acceptance), all released in 2014 by Farrar, Straus and Giroux. The series has been acquired by publishers in 23 other countries. Paramount Pictures/Scott Rudin Productions have acquired the movie rights. His nonfiction has appeared in the New York Times, the Guardian, the Washington Post, the Atlantic.com, and the Los Angeles Times. A three-time World Fantasy Award winner and 14-time nominee, VanderMeer has edited or coedited many iconic fiction anthologies, taught at the Yale Writers Conference, the Miami International Book Fair, lectured at MIT and the Library of Congress, and serves as the co-director of Shared Worlds, a unique teen SF/fantasy writing camp located at Wofford College. He lives in Tallahassee, Florida, with his wife, the noted editor Ann VanderMeer. Website:

A Preview for this title is currently not available.
More Books By Hugh Howey
View All