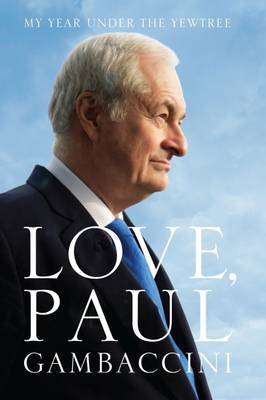 My Year Under the Yewtree

Paul Gambaccini did not have to live in Britain, he chose to, arriving here at the age of twenty-one from his home in the United States. He won a scholarship to Oxford, and wanted to escape the administration of Richard Nixon and Spiro Agnew. Imagine his disappointment when his chosen country betrayed, psychologically tortured and abandoned him. Love, Paul Gambaccini is his day-by-day account of how he was forced to face the full weight of the state, with its unlimited financial resources, for twelve months. He was forced awake in the middle of the night and had many of his personal possessions confiscated for over a year. Arrested on risible accusations of historic child sex abuse, he was disgraced in the press and made unemployable, having to pay tens of thousands of pounds in legal fees during a year in which he had no income. Finally, inevitably, he became the latest celebrity to be completely exonerated, the allegations completely thrown out. Love, Paul Gambaccini is a first person account of the witch hunt Gambaccini endured at the hands of the Metropolitan Police and Crown Prosecution Service.

"Paul has been my friend for over forty years. He is a brilliant and honest individual who suffered demoralising and unnecessary anguish. This book more than puts the record straight. Read it and get very angry!" Sir Elton John

» Have you read this book? We'd like to know what you think about it - write a review about Love, Paul Gambaccini book by Paul Gambaccini and you'll earn 50c in Boomerang Bucks loyalty dollars (you must be a Boomerang Books Account Holder - it's free to sign up and there are great benefits!)

Paul Gambaccini was a BBC Radio 1 presenter for sixteen years, including eleven years at the helm of a Billboard Top 30 countdown show. He was the host of the twelve-part Classic FM series Paul Gambaccini's Hall of Heroes, and chairs the Radio 4 music quiz Counterpoint. He was inducted into the Radio Academy Hall of Fame in 2005.

A Preview for this title is currently not available.
More Books By Paul Gambaccini
View All