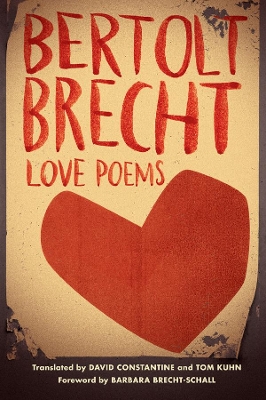 Even in Germany, the scope and force of Bertolt Brecht's poetry did not become apparent until long after his death and today, many of his more than 2,000 poems have never appeared in English. Love Poems, the first volume in a monumental undertaking by David Constantine and Tom Kuhn to translate his poetic legacy into English, positions Brecht not only as one of the most famous playwrights of the twentieth century but also as a fiercely creative twentieth-century poet, one of the best in German literature. With a foreword by his daughter; Love Poems features 78 astonishing and deeply personal love poems that reveal Brecht as lover and love poet whose struggle to keep faith, hope and love alive during desperate times represents the essence of human relationships. 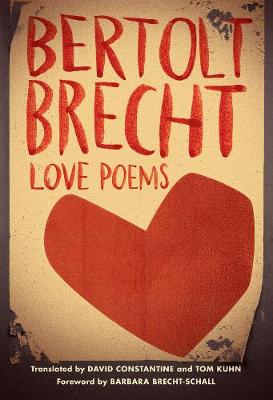 » Have you read this book? We'd like to know what you think about it - write a review about Love Poems book by Bertolt Brecht and you'll earn 50c in Boomerang Bucks loyalty dollars (you must be a Boomerang Books Account Holder - it's free to sign up and there are great benefits!)

Bertolt Brecht (1898-1956) was a German poet, playwright, and theater director. In those capacities, and also as a polemical essayist, he contributed powerfully to the chief literary and political debates of his day, and lastingly influenced theatrical theory and practice. He left more than 2,000 poems, assuring him a place among the very best lyric poets of Germany. David Constantine is a freelance writer and translator. His most recent volume of poetry is Elder (2014); his fourth collection of short stories, Tea at the Midland, won the Frank O' Connor International Short Story Award in 2013. Tom Kuhn teaches at the University of Oxford, where he is a Fellow of St Hugh's College. He works on twentieth-century drama and German exile literature and has been, since 1996, editor of the main English-language Brecht edition.