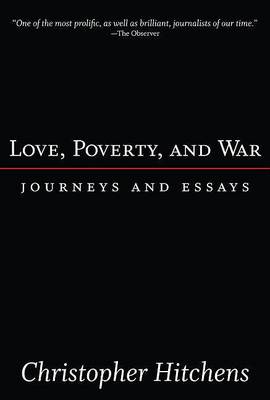 I did not, I wish to state, become a journalist because there was no other profession' that would have me. I became a journalist because I did not want to rely on newspapers for information. Love, Poverty and War: Journeys and Essays showcases America's leading polemicist's rejection of consensus and clich, whether he's reporting from abroad in Indonesia, Kurdistan, Iraq, North Korea, or Cuba, or when his pen is targeted mercilessly at the likes of William Clinton, Mother Theresa ("a fanatic, a fundamentalist and a fraud"), the Dalai Lama, Noam Chomsky, Mel Gibson and Michael Bloomberg. Hitchens began the nineties as a "darling of the left" but has become more of an "unaffiliated radical" whose targets include those on the "left," who he accuses of "fudging" the issue of military intervention in the Balkans, Afghanistan and Iraq. Yet, as Hitchens shows in his reportage, cultural and literary criticism, and opinion essays from the last decade, he has not jumped ship and joined the right but is faithful to the internationalist, contrarian and democratic ideals that have always informed his work.

Other Editions - Love, Poverty, and War by Christopher Hitchens 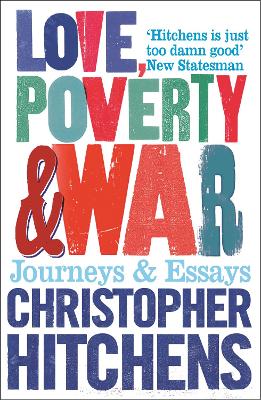 » Have you read this book? We'd like to know what you think about it - write a review about Love, Poverty, and War book by Christopher Hitchens and you'll earn 50c in Boomerang Bucks loyalty dollars (you must be a Boomerang Books Account Holder - it's free to sign up and there are great benefits!)

Christopher Hitchens is a contributing editor to Vanity Fair. His numerous books include Letters to a Young Contrarian and Why Orwell Matters.