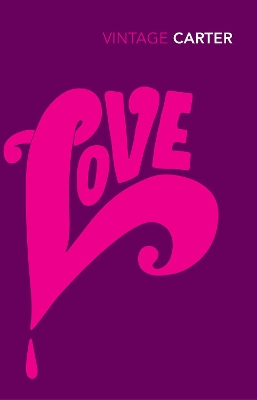 WITH AN INTRODUCTION BY AUDREY NIFFENEGGER

Love is Angela Carter's fifth novel and was first published in 1971. With surgical precision it charts the destructive emotional war between a young woman, her husband and his disruptive brother as they move through a labyrinth of betrayal, alienation and lost connections. This revised edition has lost none of Angela Carter's haunting power to evoke the ebb of the 1960s, and includes an afterword which describes the progress of the survivors into the anguish of middle age.

» Have you read this book? We'd like to know what you think about it - write a review about Love book by Angela Carter and you'll earn 50c in Boomerang Bucks loyalty dollars (you must be a Boomerang Books Account Holder - it's free to sign up and there are great benefits!)

Angela Carter was born in 1940 and read English at Bristol University, before spending two years living in Japan. She lived and worked extensively in the United States and Australia. Her first novel, Shadow Dance, was published in 1965, followed by the Magic Toyshop in 1967, which went on to win the John Llewellyn Rhys Prize. She wrote a further four novels, together with three collections of Short Stories, two works of non-fiction and a volume of collected writings. Angela Carter died in 1992

A Preview for this title is currently not available.
More Books By Angela Carter
View All