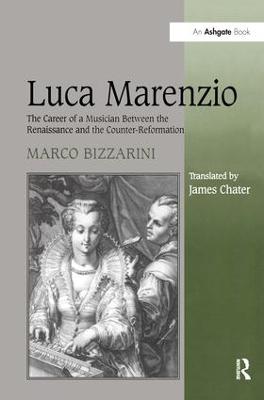 Regarded by his contemporaries as the leading madrigal composer of his time, Luca Marenzio was an important figure in 16th-century Italian music. This English translation of Marco Bizzarini's life and work of Marenzio provides provides insights into the composer's influence and place in history, and features a bibliography and an updated list of works. Women play a decisive role as dedicatees of Marenzio's madrigals and in influencing the way in which they were performed. Bizzarini examines in detail the influence of both female and male patrons and performers on Marenzio's music and career, including his connections with the confraternity of SS Trinita. Dedications were also a political tool, as the book reveals. Many of Marenzio's dedications were made at the request of his employer Cardinal d'Este who wanted to please his French allies. Bizzarini examines these extra-musical dimensions to Marenzio's work and re-examines the composer's fall from grace under the more austere administration of Clement VIII. 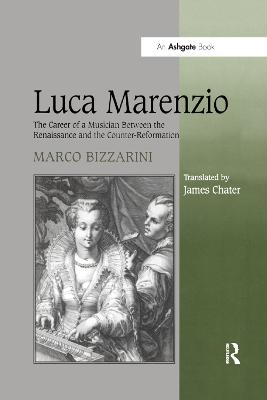 » Have you read this book? We'd like to know what you think about it - write a review about Luca Marenzio book by Marco Bizzarini and you'll earn 50c in Boomerang Bucks loyalty dollars (you must be a Boomerang Books Account Holder - it's free to sign up and there are great benefits!)

Marco Bizzarini is a musicologist working at the University of Padua. His main field of research is Italian vocal repertoire (the madrigal and cantata). He has published several studies on a wide range of musical topics, with particular attention to music's relation to history, literature and art. James Chater took his D. Phil at Oxford University under the supervision of Frederick Sternfeld, Joseph Kerman and Denis Arnold. He is the author of a two-volume study of Marenzio's madrigals and has written several essays on various aspects of the Italian madrigal. He lived in Italy for six years and now resides in The Netherlands.

A Preview for this title is currently not available.
More Books By Marco Bizzarini
View All

Luca Marenzio: The Career of a Musician Between the Renaissance and the Counter-Reformation
$81.89 $90.99