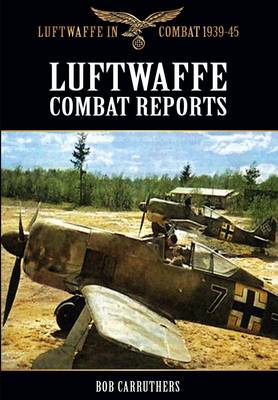 These detailed accounts of Luftwaffe combat operations are taken from the extensive series of interviews conducted with higher echelons of the German Fighter Force by the USAAF very shortly after the end of the Second World War. The new generation of German fighters such as the Me.262 was at the forefront of the agenda and the USAAF were particularly keen to learn as much as they could about these machines and their successes and failures. These fascinating insights cover the experience of the Luftwaffe during the whole war and are drawn from the interviews conducted by those who managed to excel despite all that was thrown at them: Heinz Bar, an ace with 240 victories to his credit; Walter Dahl, an anti-bomber specialist; 'Hitsch' Hitschhold, who undertook many high-risk operations with his Stukas and FW-190's; and Adolf Galland of the Luftwaffe and author of the classic memoir, "The First and the Last." The frustrations which the pilots of the Luftwaffe encountered in their own aircraft is well voiced within these pages, as is the tenuous relationship between the fighter and bomber wings of the Luftwaffe. Political interference, the bane of the Wehrmacht, also raised its head within the Luftwaffe and the consequences of intermeddling by Hitler and others in the Nazi machine are expressed in the interviews. These absorbing primary source accounts of aerial combat at the tactical, operational and strategic level provide a unique window on the Luftwaffe at war. 50 b/w illustrations 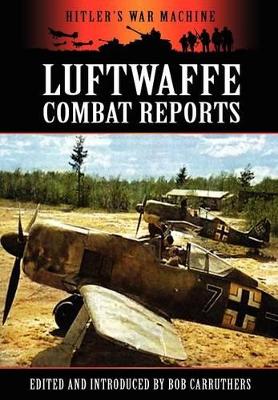 » Have you read this book? We'd like to know what you think about it - write a review about Luftwaffe Combat Reports book by Bob Carruthers and you'll earn 50c in Boomerang Bucks loyalty dollars (you must be a Boomerang Books Account Holder - it's free to sign up and there are great benefits!)