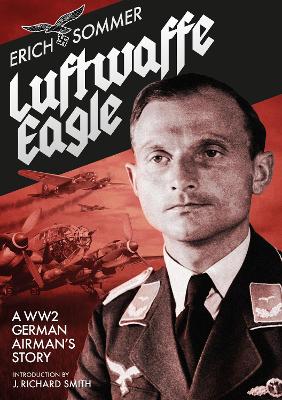 In this compelling memoir, Erich Sommer recalls his life in pre-war Germany and the adventures he had flying for the Luftwaffe during the Second World War. Born in 1912, the third son of a district court judge, Erich grew up in an atmosphere of uncertainty following the First World War. In 1932 he started training as a brewery engineer, shortly afterwards the Nazis came to power. The implications this had on the lives of average Germans are described in great detail. When war came in 1939, he became a navigator, successfully serving with the Luftwaffe's first pathfinding unit, then a special and little-known control commission in Morocco to monitor the disarmament of Vichy French forces. This led to training as a pilot and Erich joining the high-altitude reconnaissance squadron in missions over Britain. He was then sent to the Russian Front, flying the relatively rare Junkers Ju 86 bomber and high-altitude reconnaissance aircraft fitted with pressurised cabins. He also flew the He 111 in a radar-equipped anti-shipping unit and the revolutionary Arado Ar 234 jet leading to Erich's participation in the world's first jet-reconnaissance sortie over the invasion front and ending his war in Italy. After the war, Erich moved with his wife to Australia where he lived peacefully until his death in 2004. With a detailed introduction from acclaimed Luftwaffe historian J. Richard Smith and illustrated throughout with photographs from private family albums, Luftwaffe Eagle is a fascinating insight into the life of an exceptional Luftwaffe pilot and navigator.

» Have you read this book? We'd like to know what you think about it - write a review about Luftwaffe Eagle book by Erich Sommer and you'll earn 50c in Boomerang Bucks loyalty dollars (you must be a Boomerang Books Account Holder - it's free to sign up and there are great benefits!)