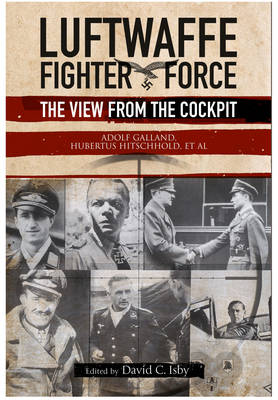 The View from the Cockpit

This selection of accounts written the men who did the flying and the fighting lifts the lid on how the Luftwaffe operated and carried out its missions. Collected by the US Army during briefings shortly after the end of the end of the war, these reports reveal the views of major figures within the German fighter force on everything from their aircraft, operations and tactics, to training, technology, aircrews and reasons for the ultimate failure of the Luftwaffe. Many of the reports are by the 103-victory ace Adolf Galland, the author of the classic memoir The First and the Last. He discusses, among other things, escort tactics, fighter tactics, bomber tactics and Luftwaffe opinions of Allied aircraft performance. The chief of the ground force attack force, 'Hitsch' Hitschhold, shows how his Fw-190s and Stukas accomplished high-risk operations; Heinz Bar, a 240-victory ace, describes how he led fighter missions; and Walter Dahl, ace anti-bomber specialist, explains his tactics against boxes of B-17s. Brimming with fascinating insights, this is an invaluable source for anyone interested in aviation during the Second World War.

» Have you read this book? We'd like to know what you think about it - write a review about Luftwaffe Fighter Force book by Adolf Galland and you'll earn 50c in Boomerang Bucks loyalty dollars (you must be a Boomerang Books Account Holder - it's free to sign up and there are great benefits!)


A Preview for this title is currently not available.
More Books By Adolf Galland
View All