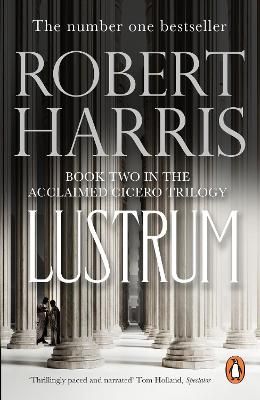 The stunning new novel from the No. 1 bestselling author of An Officer and a Spy, Pompeii, Imperium and The Ghost.

In a city on the brink of acquiring a vast empire, seven men are struggling for power. Cicero is consul, Caesar his ruthless young rival, Pompey the republic's greatest general, Crassus its richest man, Cato a political fanatic, Catilina a psychopath, Clodius an ambitious playboy.

The stories of these real historical figures - their alliances and betrayals, their cruelties and seductions, their brilliance and their crimes - are all interleaved to form this epic novel. Its narrator is Tiro, a slave who serves as confidential secretary to the wily, humane, complex Cicero. He knows all his master's secrets - a dangerous position to be in.

From the discovery of a child's mutilated body, through judicial execution and a scandalous trial, to the brutal unleashing of the Roman mob, Lustrum is a study in the timeless enticements and horrors of power.

Other Editions - Lustrum by Robert Harris 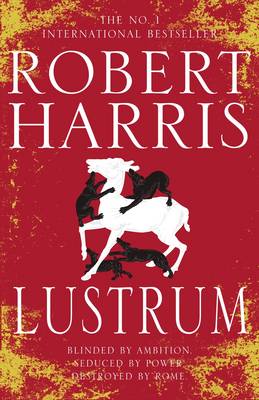 » Have you read this book? We'd like to know what you think about it - write a review about Lustrum book by Robert Harris and you'll earn 50c in Boomerang Bucks loyalty dollars (you must be a Boomerang Books Account Holder - it's free to sign up and there are great benefits!)

Robert Harris is the author of Fatherland, Enigma, Archangel, Pompeii, Imperium and The Ghost, all of which were international bestsellers. His work has been translated into thirty-seven languages. After graduating with a degree in English from Cambridge University, he worked as a reporter for the BBC's Panorama and Newsnight programmes, before becoming political editor of the Observer and subsequently a columnist on the Sunday Times and the Daily Telegraph. He is married to Gill Hornby and they live with their four children in a village near Hungerford.