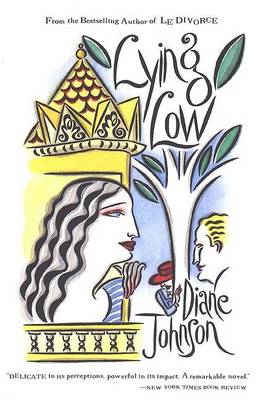 A National Book Award finalist, this novel relates the events of four crucial days in the lives of four people sharing a rambling Victorian house, "lying low" and harboring secrets not meant to be shared. Theo Wait, a middle-aged former ballet dancer, and her brother, Anton, have taken in two boarders: beautiful Lynn, who never receives mail or visitors; and energetic and effusive Ouida, a Brazilian student and illegal alien who won't let complicated bureaucratic wrangles and constant fear of deportation taint her vision of America as the land of opportunity. A faked identity, a search for one of the FBI's most wanted escaped prison convicts, and a Brazilian feast that spins out of control kick the plot into high gear. While each of these characters has been plagued by a sense of impending disaster, the terrible thing they've all been fearing comes from an entirely unexpected direction, shattering all of their lives. Ã‚ Johnson's most recent novel, " Le Divorce," was a phenomenal success. Ã‚ The thousands of new fans Johnson made with "Le Divorce" will be eager to read other books by this witty and delectable writer. Ã‚ Lying Low was nominated for a National Book Award.

» Have you read this book? We'd like to know what you think about it - write a review about Lying Low book by Diane Johnson and you'll earn 50c in Boomerang Bucks loyalty dollars (you must be a Boomerang Books Account Holder - it's free to sign up and there are great benefits!)

Diane Johnson is the author of the bestselling novel Le Divorce, a National Book Award finalist, as well as many other novels, including Persian Nights, Health and Happiness, Lying Low, The Shadow Knows, and Burning. She was a finalist for the Pulitzer Prize for Persian Nights, and she co-authored the screenplay to The Shining with Stanley Kubrick. She divides her time between San Francisco and Paris.