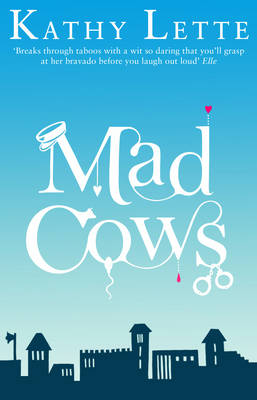 The brilliant sequel to Foetal Attraction

Washed up in London and trying her best to raise her new-born son alone, Madeleine Wolfe is looking forward to taking her mind off things with some retail therapy - even if her budget stretches to prunes rather than Prada. But her day out takes an unexpected turn for the worse when she is mistakenly arrested in Harrods for shoplifting...

Detained with baby Jack in Holloway Prison's Mother and Baby Unit, there's only one man Maddy can turn to for help clearing her name- the father of her baby and ex-lover Alex.

Things have been bumpy between Maddy and Alex to say the least - there's the wife and children he omitted to mention for starters. He's also in the middle of launching his political career and needs to protect his wholesome image. But he won't let Maddy down when she needs him most... will he? 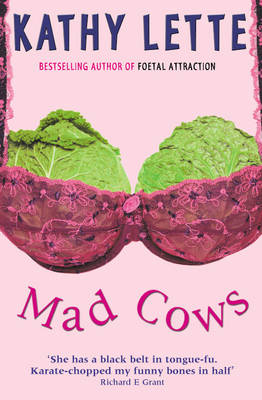 » Have you read this book? We'd like to know what you think about it - write a review about Mad Cows book by Kathy Lette and you'll earn 50c in Boomerang Bucks loyalty dollars (you must be a Boomerang Books Account Holder - it's free to sign up and there are great benefits!)

Kathy Lette first achieved succ s de scandale as a teenager with the novel Puberty Blues, which was made into a major film and a TV mini-series. After several years as a newspaper columnist and television sitcom writer in America and Australia, she wrote ten international bestsellers including Mad Cows (which was made into a film starring Joanna Lumley and Anna Friel), How to Kill Your Husband and Other Handy Household Hints (recently staged by the Victorian Opera, Australia), and To Love, Honour and Betray. Her novels have been published in fourteen languages around the world. Kathy appears regularly as a guest on the BBC and Sky News. She is also an ambassador for Women and Children First, Plan International and the White Ribbon Alliance. In 2004 she was the London Savoy Hotel s Writer in Residence. In 2010 she received an honorary doctorate from Southampton Solent University. Kathy lives in London with her husband and two children. Visit her website at www.kathylette.com and on Twitter @KathyLette.