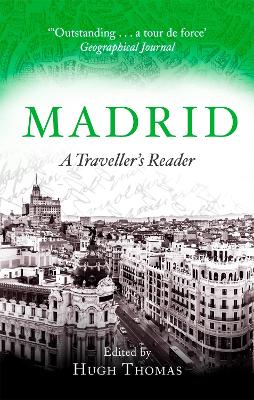 The charm of Madrid is elusive, but for those who know how to find it, Madrid has magic. Its magic can be found in the shadow cast over the present by the past. In this Traveller's Reader, a city that was once the seat of power for perhaps the most ambitious political enterprise the western world had seen since the fall of Rome, the Spanish Empire, is brought to life in vivid diaries, letters, memoirs and histories.The Earl of Clarendon describes seventeenth-century bullfights; Salvador Dali plays a surrealist joke on a snooty barman at the Ritz; Rubens visits the Alcazar; Manet is at the Prado; generals and anarchists meet in the Puerta del Sol. The many stories included here evoke for today's tourist the dramas and personalities of a city's past, by drawing on the eyewitness accounts and commentaries of visitors and residents of earlier centuries. Hugh Thomas has chosen these and other vivid snapshots of Madrid's history from diaries, letters, memoirs and novels across five centuries to delight and fascinate the armchair and prospective traveller alike.

Other Editions - Madrid by Hugh Thomas 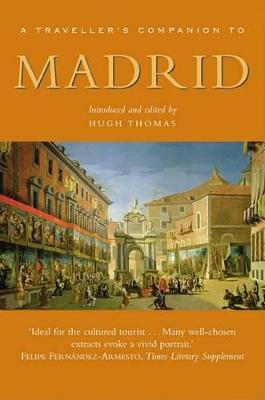 » Have you read this book? We'd like to know what you think about it - write a review about Madrid book by Hugh Thomas and you'll earn 50c in Boomerang Bucks loyalty dollars (you must be a Boomerang Books Account Holder - it's free to sign up and there are great benefits!)

Hugh Thomas was an English historian, writer and life peer in The House of Lords. Best known for The Spanish Civil War (1961), for which he won the Somerset Maugham Award, Thomas wrote a number of political works and histories. By the end of his life, Thomas had been appointed Commander of the Order of Arts and Letters by the French government, and received the Grand Cross of the Royal Order of Isabella the Catholic from Spain as well as the Mexican Order of the Aztec Eagle.

A Preview for this title is currently not available.
More Books By Hugh Thomas
View All