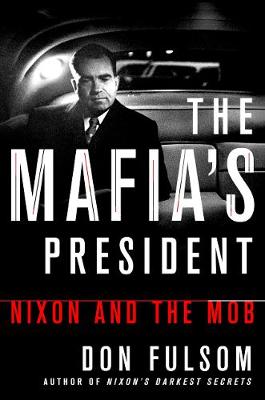 Nixon and the Mob

Unbeknownst to most people even now, the election of 1968 placed the patron saint of the Mafia in the White House. In other words, Richard Nixon would go on to not only lead a criminal presidency; he would be totally indebted to our nation's top mobsters.

By 1969, thanks in large part to his long-time campaign manager and political advisor Murray Chotiner, a lawyer who specialised in representing mobsters, Nixon had participated in secret criminal dealings for more than 20 years with sketchy figures such as Mickey Cohen, Mob financial guru Meyer Lansky, Teamsters union chief Jimmy Hoffa, and New Orleans Mafia boss Carlos Marcello. And with Chotiner as one of his key behind-the-scenes advisors in the White House, Nixon's ties to the Mafia didn't end there. The Mafia's President reveals a mind-blowing litany of favors Nixon exchanged with these sinister characters over decades, ranging from springing Jimmy Hoffa from prison to banning the federal government from using the terms "Mafia" and "La Cosa Nostra."

» Have you read this book? We'd like to know what you think about it - write a review about Mafia's President book by Don Fulsom and you'll earn 50c in Boomerang Bucks loyalty dollars (you must be a Boomerang Books Account Holder - it's free to sign up and there are great benefits!)

Don Fulsom is an adjunct professor of government at American University. He is the author of Treason: Nixon and the 1968 Election and Nixon's Darkest Secrets. A White House correspondent during five different presidencies-and a UPI bureau chief in Washington for seven years-he has written articles for The Washington Post, The Chicago Tribune, and Esquire, among others, and has been interviewed about politics on major television networks, including CNN and Fox. He lives in Washington, D.C.

A Preview for this title is currently not available.
More Books By Don Fulsom
View All