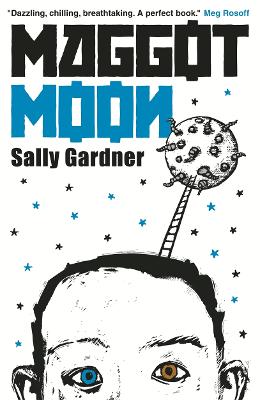 Winner of the Carnegie Medal and a 2012 Costa Award winner. Narrated against the backdrop of a ruthless regime determined to beat its enemies in the race to the moon, MAGGOT MOON is the stunning new novel from award-winning author Sally Gardner.

When his best friend Hector is suddenly taken away, Standish Treadwell realises that it is up to him, his grandfather and a small band of rebels to confront and defeat the ever-present oppressive forces of the Motherland.

Utterly original and stunning, it is impossible not to be moved by MAGGOT MOON's powerful story and the unforgettable heroism of Standish. 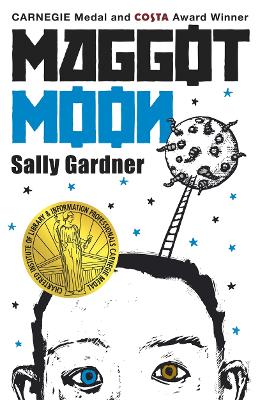 » Have you read this book? We'd like to know what you think about it - write a review about Maggot Moon book by Sally Gardner and you'll earn 50c in Boomerang Bucks loyalty dollars (you must be a Boomerang Books Account Holder - it's free to sign up and there are great benefits!)

Sally Gardner is an award-winning novelist who has sold over two million books in the UK and whose work has been translated into more than twenty-two languages. Her novel MAGGOT MOON (Hot Key Books 2012) won both the Costa Children's Book Prize and the Carnegie Medal 2013. Sally's genre-defying novel THE DOUBLE SHADOW (Orion 2011) received great critical acclaim and was also longlisted for the Carnegie Medal 2013. THE RED NECKLACE (shortlisted for 2007 Guardian Book Prize) and THE SILVER BLADE are set during the French Revolution, the film rights for which have been purchased by Dominic West. Sally also won the 2005 Nestle Children's Book Prize for her debut novel I, CORIANDER. She is currently writing the popular WINGS CO Fairy Detective Agency Series (Orion) for 7-11 year olds - hailed as 'Agatha Christie for kids' - and has recently finished her next Young Adult fiction novel, which is a modern gothic tale called 'Tinder', illustrated by David Roberts, due for publication November 2013 (Orion). Follow Sally at www.sallygardner.net or on Twitter: @TheSallyGardner