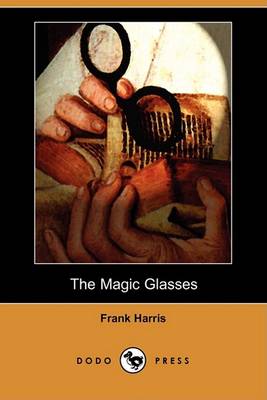 Frank Harris (1855/56-1931) was a naturalised American author of British origin, editor, journalist and publisher. He immigrated to the United States in late 1869 and studied at the University of Kansas. Returning to England in 1882, Harris first came to general notice as the editor of a series of London papers including the Evening News, the Fortnightly Review and the Saturday Review. Harris returned to New York during World War I. From 1916 to 1922 he edited the U. S. edition of Pearson's Magazine. In 1922 he travelled to Berlin to publish his best-known work, his autobiography My Life and Loves. Harris also wrote short stories and novels, two books on Shakespeare, a series of biographical sketches in five volumes under the title Contemporary Portraits and biographies of Oscar Wilde and George Bernard Shaw. Amongst his other works are Montes the Matador and Other Stories (1900), The Bomb (1908), The Man Shakespeare (1909) and A Mad Love (1920).

» Have you read this book? We'd like to know what you think about it - write a review about Magic Glasses (Dodo Press) book by Frank Harris and you'll earn 50c in Boomerang Bucks loyalty dollars (you must be a Boomerang Books Account Holder - it's free to sign up and there are great benefits!)