The Magic of Reality

How we know what's really true

Description - The Magic of Reality by Richard Dawkins

"Magic takes many forms. The ancient Egyptians explained the night by suggesting that the goddess Nut swallowed the sun. The Vikings believed a rainbow was the gods' bridge to earth. These are magical, extraordinary tales. But there is another kind of magic, and it lies in the exhilaration of discovering the real answers to these questions. It is the magic of reality - science. Packed with inspiring explanations of space, time and evolution, laced with humour and clever thought experiments, The Magic of Reality explores a stunningly wide range of natural phenomena. What is stuff made of? How old is the universe? What causes tsunamis? Who was the first man, or woman? This is a page-turning, inspirational detective story that not only mines all the sciences for its clues but primes the reader to think like a scientist too. Richard Dawkins elucidates the wonders of the natural world to all ages with his inimitable clarity and exuberance in a text that will enlighten and inform for generations to come."

Other Editions - The Magic of Reality by Richard Dawkins 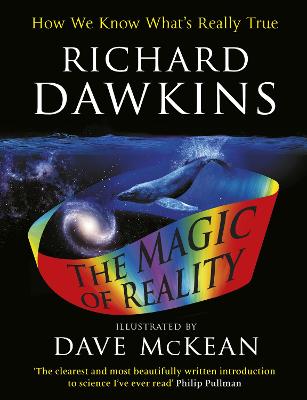 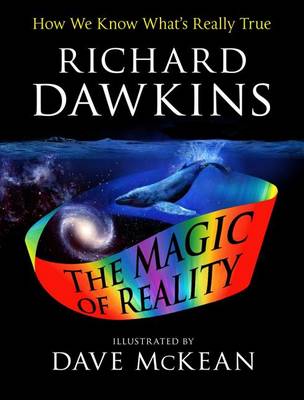 Book Reviews - The Magic of Reality by Richard Dawkins

» Have you read this book? We'd like to know what you think about it - write a review about Magic of Reality book by Richard Dawkins and you'll earn 50c in Boomerang Bucks loyalty dollars (you must be a Boomerang Books Account Holder - it's free to sign up and there are great benefits!)

The Four Horsemen: The Discussion that Sparked an Atheist Revolution Foreword by Stephen Fry
$21.24 $24.99