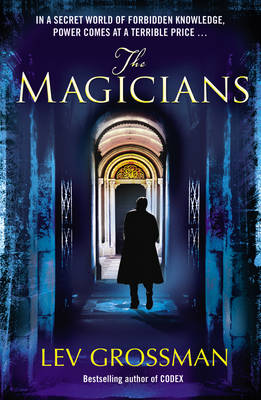 Description - The Magicians by Lev Grossman

_____________________________________'The Magicians is to Harry Potter as a shot of Irish whiskey is to a glass of weak tea . . . dark and dangerous and full of twists' - GEORGE R. R. MARTINTHE BESTSELLING BOOK BEHIND THE HIT SYFY SHOW_____________________________________In a secret world of forbidden knowledge, power comes at a terrible price...Quentin Coldwater's life is changed forever by an apparently chance encounter- when he turns up for his entrance interview to Princeton University, he finds his interviewer dead - but a strange envelope bearing Quentin's name leads him down a very different path. Instead of Princeton, he finds himself invited to study at Brakebills - a secret college of modern-day sorcerers.Quentin plunges deep into a secret world of obsession and privilege, a world of freedom and power; and for a while, it seems to answer all Quentin's desires. But the idyll cannot last. There are others powers than sorcery, powers that are as seductive as they are dangerous - and when the illusion of safety shatters, Quentin is drawn into a world far darker than he ever imagined.After all, power corrupts. No exceptions.THE FIRST BOOK IN LEV GROSSMAN'S CRITICALLY ACCLAIMED MAGICIAN TRILOGY_____________________________________Praise for the Magician Trilogy-'Stirring, complex, adventurous . . . superb' - JUNOT DIAZ, author of DROWN and THE BRIEF WONDROUS LIFE OF OSCAR WAO'A sophisticated, subtle novel that is also magical fun' - THE TIMES'Lev Grossman has conjured a rare creature- a trilogy that simply gets better and better as it goes along . . . Literary perfection.' - ERIN MORGENSTERN, author of THE NIGHT CIRCUS'The Magicians ought to be required reading . . . Lev Grossman has written a terrific, at times almost painfully perceptive novel of the fantastic' - KELLY LINK'The best fantasy trilogy of the decade' - CHARLES STROSS'The Magicians is angst-ridden, bleak, occasionally joyous and gloriously readable. Forget Hogwarts- this is where the magic really is.' - SFX'The Magicians is fantastic, in all senses of the word. It's strange, fanciful, extravagant, eccentric, and truly remarkable - a great story, masterfully told.' - SCOTT SMITH, author of THE RUINS

Other Editions - The Magicians by Lev Grossman 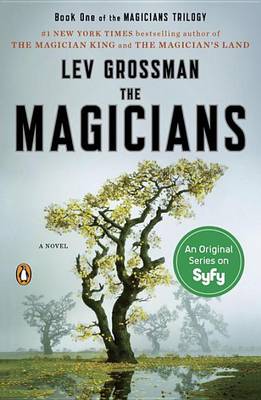 » Have you read this book? We'd like to know what you think about it - write a review about Magicians book by Lev Grossman and you'll earn 50c in Boomerang Bucks loyalty dollars (you must be a Boomerang Books Account Holder - it's free to sign up and there are great benefits!)

Lev Grossman was born in 1969, the son of two English professors, and grew up in a suburb of Boston. He graduated from Harvard with a degree in literature and went on to the Ph.D. program in comparative literature at Yale, although he left after three years without finishing a dissertation. After Yale Grossman worked for a string of dot-coms while writing freelance articles about books, technology and culture in general for numerous magazines, newspapers and websites, until he was hired by Time in 2002 and became the magazine's book critic as well as one of its lead technology writers. He is also the author of the international bestseller CODEX.

The Adventures of Stunt Boy and His Amazing Wonder Dog Blindfold
Lollie Barr
$12.74 $14.99