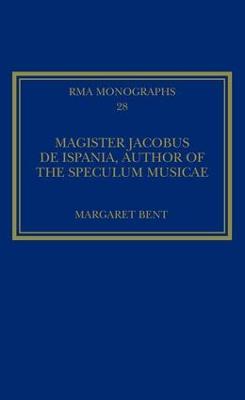 The Speculum musicae of the early fourteenth century, with nearly half a million words, is by a long way the largest medieval treatise on music, and probably the most learned. Only the final two books are about music as commonly understood: the other five invite further work by students of scholastic philosophy, theology and mathematics. For nearly a century, its author has been known as Jacques de Liege or Jacobus Leodiensis. 'Jacobus' is certain, fixed by an acrostic declared within the text; Liege is hypothetical, based on evidence shown here to be less than secure. The one complete manuscript, Paris BnF lat. 7207, thought by its editor to be Florentine, can now be shown on the basis of its miniatures by Cristoforo Cortese to be from the Veneto, datable c. 1434-40. New documentary evidence in an Italian inventory, also from the Veneto, describes a lost copy of the treatise dating from before 1419, older than the surviving manuscript, and identifies its author as 'Magister Jacobus de Ispania'. If this had been known eighty years ago, the Liege hypothesis would never have taken root. It invites a new look at the geography and influences that played into this central document of medieval music theory. The two new attributes of 'Magister' and 'de Ispania' (i.e. a foreigner) prompted an extensive search in published indexes for possible identities. Surprisingly few candidates of this name emerged, and only one in the right date range. It is here suggested that the author of the Speculum is either someone who left no paper trail or James of Spain, a nephew of Eleanor of Castile, wife of King Edward I, whose career is documented mostly in England. He was an illegitimate son of Eleanor's older half-brother, the Infante Enrique of Castile. Documentary evidence shows that he was a wealthy and well-travelled royal prince who was also an Oxford magister. The book traces his career and the likelihood of his authorship of the Speculum musicae.

» Have you read this book? We'd like to know what you think about it - write a review about Magister Jacobus de Ispania, Author of the Speculum Musicae book by Margaret Bent and you'll earn 50c in Boomerang Bucks loyalty dollars (you must be a Boomerang Books Account Holder - it's free to sign up and there are great benefits!)

Margaret Bent CBE FBA is an Emeritus Fellow of All Souls College, Oxford. Before returning to England, she taught at Brandeis and Princeton universities and served as President of the American Musicological Society. She has published widely on English, French and Italian music of the 14th and 15th centuries.

A Preview for this title is currently not available.
More Books By Margaret Bent
View All