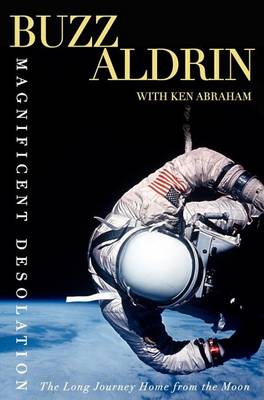 The Long Journey Home from the Moon

This memoir by the world-renowned astronaut describes his fantastic journey to the moon, his subsequent bout with depression and alcoholism, the passionate love that saved him, and the future of the U.S. space program. color photo insert. 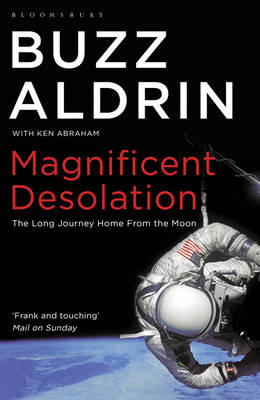 » Have you read this book? We'd like to know what you think about it - write a review about Magnificent Desolation book by Buzz Aldrin and you'll earn 50c in Boomerang Bucks loyalty dollars (you must be a Boomerang Books Account Holder - it's free to sign up and there are great benefits!)

On July 20, 1969, Apollo 11 astronauts BUZZ ALDRIN and Neil Armstrong landed their lunar module on the Sea of Tranquillity and became the first humans to walk on the moon. Aldrin has since been awarded the Presidential Medal of Freedom and more than fifty other awards and medals from the United States and other countries. He holds a doctorate in astronautics from MIT. Since retiring from the U.S. Air Force and NASA, Dr. Aldrin has remained at the forefront of efforts to ensure a continued leading role for America in manned space exploration. He founded a rocket design company, Starcraft Boosters, Inc., and the ShareSpace Foundation, a nonprofit organization devoted to opening the doors to space tourism for all people. Buzz and his wife, Lois, live in Los Angeles. KEN ABRAHAM is a New York Times bestselling author, known around the world for his collaborations with celebrities and high-profile public figures.

A Preview for this title is currently not available.
More Books By Buzz Aldrin
View All

Space 2.0: How Private Spaceflight, a Resurgent NASA, and International Partners are Creating a New Space Age
$28.04 $32.99