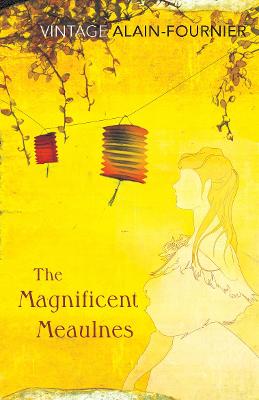 'One of the most romantic, elegiac novels of adolescence ever written' Sunday Telegraph

When Augustin Meaulnes arrives in Fran ois' home, he changes everything. Life in the little town where they both go to school suddenly becomes far more adventurous and exciting. On one of his escapades, Meaulnes gets lost in the countryside finds himself at an extraordinary party where he meets the girl of his dreams.From this point on he is haunted by her memory and devotes his life, with Fran ois' willing help, to finding her again.

» Have you read this book? We'd like to know what you think about it - write a review about Magnificent Meaulnes (Le Grand Meaulnes) book by Henri Alain-Fournier and you'll earn 50c in Boomerang Bucks loyalty dollars (you must be a Boomerang Books Account Holder - it's free to sign up and there are great benefits!)

Alain-Fournier was born Henri Alban Fournier, the son of two school teachers, on 3 October 1886 in La Chapelle d'Anguillonin France. He studied at a boarding school in Paris, at the naval college in Brest, and also at the lycee Lakanalin Sceaux, where he met his lifelong friend, the critic Jacque Rivi re. In 1905 Fournier had a chance meeting with Yvonne de Quievrecourt and fell instantly in love. This meeting was the inspiration for Le Grand Meaulnes, though the novel was not finished until Fournier had completed his military service in 1913. While working as a columnist and private tutor, Fournier was called up to fight in the First World War. He was killed in action at Vaux-l s-Palameix in 1914, though his body was not formally identified until 1991. Le Grand Meaulnes is his only finished novel. Valerie Lester is the author of Phiz, The Man Who Drew Dickens (2004) and Fasten Your Seat Belts!History and Heroism in the Pan Am Cabin (1996).She has published essays and poems in various venues including The Atlantic Monthly, Airways Magazine, and The New Dictionary of National Biography.She first tried translating Le