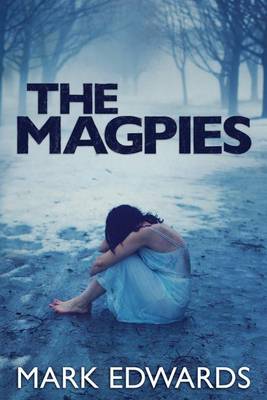 Description - The Magpies by Mark Edwards

Meet the neighbors from hell, in the gripping thriller that reviewers and readers describe as "fast-paced," "chilling," and "impossible to put down." When Jamie and Kirsty move into their first home together, they are full of optimism. The future, in which they plan to get married and start a family, is bright. The other residents of their building seem friendly too, including the Newtons, a married couple who welcome them to the building with open arms. But then strange things start to happen. Dead rats are left on their doorstep. They hear disturbing noises, and much worse, in the night. After Jamie's best friend is injured in a horrific accident, Jamie and Kirsty find themselves targeted by a campaign of terror. As they are driven to the edge of despair, Jamie vows to fight back-but he has no idea what he is really up against...The Magpies is a gripping psychological thriller in which the monsters are not vampires or demons but the people who live next door. It is a nightmare that could happen to anyone.
Praise for The Magpies "Mark Edwards achieves what other writers yearn for, by creating characters that genuinely feel like real people, individuals you know personally-and then puts them into the scariest of situations so that we cannot help but suffer with them. Edwards takes the places that should feel safe and subverts them, shifting the ground beneath our feet, until we're left clinging to the book, hoping against hope for a positive conclusion. There's something deeply unsettling about The Magpies-and that's exactly as it should be." -Elizabeth Haynes, author of Into the Darkest Corner "The Magpies is absorbing, claustrophobic and terrifying. Read this book! Then get a top notch alarm system fitted in your house." -Helen Fitzgerald, author of The Cry

» Have you read this book? We'd like to know what you think about it - write a review about Magpies book by Mark Edwards and you'll earn 50c in Boomerang Bucks loyalty dollars (you must be a Boomerang Books Account Holder - it's free to sign up and there are great benefits!)

Mark writes psychological thrillers. He loves stories in which scary things happen to ordinary people and is inspired by writers such as Stephen King, Ira Levin, Ruth Rendell, Ian McEwan, Val McDermid, and Donna Tartt. Mark is now a full time writer. Before that, he once picked broad beans, answered complaint calls for a rail company, taught English in Japan, and worked as a marketing director. Mark co-published a series of crime novels with Louise Voss. The Magpies, his first solo, topped the UK Kindle charts for three months when it first released. Since its success, the novel has been re-edited and published by Thomas & Mercer. Mark is now writing his next spine-tingling thriller to be published in late 2014. He lives in England with his girlfriend, their three children, and a ginger cat.

A Preview for this title is currently not available.
More Books By Mark Edwards
View All