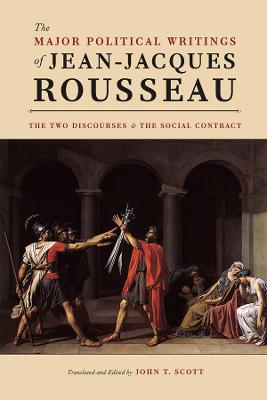 The Two Discourses and the Social Contract

Individualist and communitarian. Anarchist and totalitarian. Classicist and romanticist. Progressive and reactionary. Since the eighteenth century, Jean-Jacques Rousseau has been said to be all of these things. Few philosophers have been the subject of as much or as intense debate, yet almost everyone agrees that Rousseau is among the most important and influential thinkers in the history of political philosophy. This new edition of his major political writings, published in the year of the three-hundredth anniversary of his birth, renews attention to the perennial importance of Rousseau?s work. The book brings together superb new translations by renowned Rousseau scholar John T. Scott of three of Rousseau?s works: the Discourse on the Sciences and Arts, the Discourse on the Origin and Foundations of Inequality Among Men, and On the Social Contract. The two Discourses show Rousseau developing his well-known conception of the natural goodness of man and the problems posed by life in society. With the Social Contract, Rousseau became the first major thinker to argue that democracy is the only legitimate form of political organization. Scott?s extensive introduction enhances our understanding of these foundational writings, providing background information, social and historical context, and guidance for interpreting the works. Throughout, translation and editorial notes clarify ideas and terms that might not be immediately familiar to most readers. The three works collected in The Major Political Writings of Jean-Jacques Rousseau represent an important contribution to eighteenth-century political theory that has exerted an extensive influence on generations of thinkers, beginning with the leaders of the French Revolution and continuing to the present day. The new translations on offer here will be welcomed by a wide readership of both Rousseau scholars and readers with a general interest in political thought. 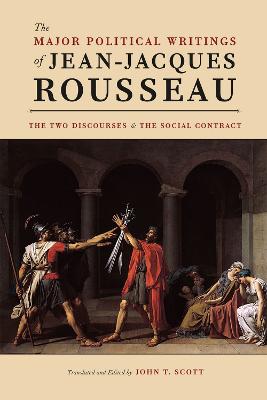 Jean-Jacques Rousseau (1712-78) was a leading Genevan philosopher and political theorist and one of the key figures of the Enlightenment. John T. Scott is professor of political science at the University of California, Davis. He has edited or translated several volumes on Rousseau and is coauthor of The Philosophers' Quarrel: Rousseau, Hume, and the Limits of Human Understanding.