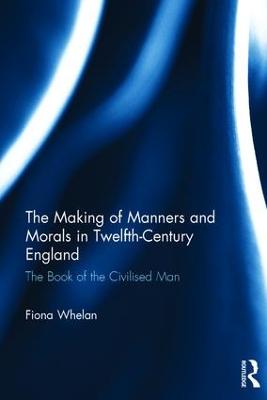 The Making of Manners and Morals in Twelfth-Century England

The Book of the Civilised Man

How different are we from those in the past? Or, how different do we think we are from those in the past? Medieval people were more dirty and unhygienic than us - as novels, TV, and film would have us believe - but how much truth is there in this notion? This book seeks to challenge some of these preconceptions by examining medieval society through rules of conduct, and specifically through the lens of a medieval Latin text entitled The Book of the Civilised Man - or Urbanus magnus - which is attributed to Daniel of Beccles.

Urbanus magnus is a twelfth-century poem of almost 3,000 lines which comprehensively surveys the day-to-day life of medieval society, including issues such as moral behaviour, friendship, marriage, hospitality, table manners, and diet. Currently, it is a neglected source for the social and cultural history of daily life in medieval England, but by incorporating modern ideas of disgust and taboo, and merging anthropology, sociology, and archaeology with history, this book aims to bring it to the fore, and to show that medieval people did have standards of behaviour. Although they may seem remote to modern 'civilised' people, there is both continuity and change in human behaviour throughout the centuries.

Buy The Making of Manners and Morals in Twelfth-Century England by Fiona Whelan from Australia's Online Independent Bookstore, Boomerang Books. 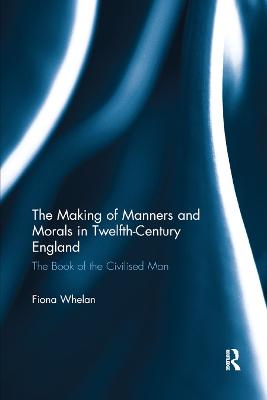 » Have you read this book? We'd like to know what you think about it - write a review about Making of Manners and Morals in Twelfth-Century England book by Fiona Whelan and you'll earn 50c in Boomerang Bucks loyalty dollars (you must be a Boomerang Books Account Holder - it's free to sign up and there are great benefits!)

Fiona Whelan completed her DPhil in Medieval History at the University of Oxford in 2015, and has previously studied at Trinity College Dublin and University College London. She has published on manuscript dissemination and has contributed to the collection Transformations and Continuities in the Eleventh Century: The Archaeology of the Norman Conquest. She currently works for the University of Oxford and her research interests include the cultivation of norms of behaviour, food and diet in the medieval period, household administration, and the manuscript culture of early courtesy literature.

A Preview for this title is currently not available.
More Books By Fiona Whelan
View All

The Book of the Civilised Man: An English Translation of the Urbanus magnus of Daniel of Beccles
$249.48 $252.00

The Making of Manners and Morals in Twelfth-Century England: The Book of the Civilised Man
$70.19 $77.99