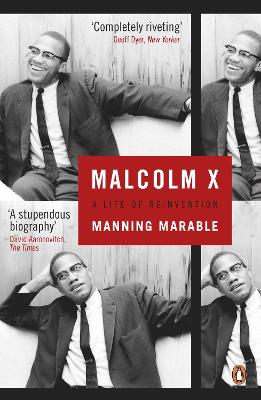 A Life of Reinvention

'Groundbreaking ... It will be difficult for anyone to better this book ... a work of art, a feast that combines genres skilfully- biography, true-crime, political commentary. It gives us Malcolm X in full gallop' Wil Haygood, Washington Post
'He was a country bumpkin who became a zoot-suited entertainer who became a petty criminal who became a self-taught intellectual ... In his revealing and prodigiously researched new biography, Marable vividly chronicles these many incarnations of Malcolm X, describing the "multiple masks" he donned over the years' Michiko Kakutani, The New York Times
'Explodes the myths that obscure the real man' Hugh Muir, Guardian
'By the end of the 1960s, Malcolm's disciples had elevated him to what Manning Marable calls "secular sainthood" ... But Marable resists the temptation of hagiography and fills in the gaps left by previous books. He gives us Malcolm in all his self-contradiction and self-doubt' Yo Zushi, New Statesman
'Lucid, hugely researched and surely definitive ... an extraordinary story' Dominic Sandbrook, Sunday Times
'Here at last is the meticulous portrait he deserves' Andrew Anthony, Observer 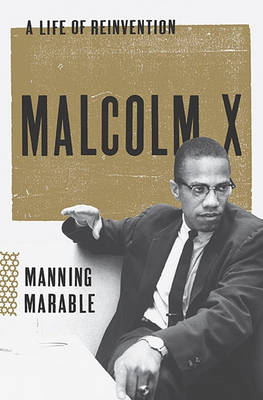 » Have you read this book? We'd like to know what you think about it - write a review about Malcolm X book by Manning Marable and you'll earn 50c in Boomerang Bucks loyalty dollars (you must be a Boomerang Books Account Holder - it's free to sign up and there are great benefits!)

Manning Marable was Professor of History and Political Science at Columbia University and director of the Institute for Research in African-American Studies. He was the founding director of the Center for Contemporary Black History, established in 2002 and the Institute for Research in African-American Studies, where he served from 1993 to 2003. He died as the hardback of Malcolm X: A Life of Reinvention was published. The book was a Finalist for the National Book Award 2011.