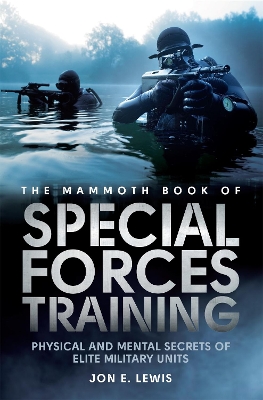 In this encyclopedic book, Lewis provides insights into the origins, training, tactics, weapons and achievements of special forces and special mission units throughout the world, focusing particularly on US and UK forces. He also looks at the codes that that bind the members of these elite units together. He reveals training secrets in everything from wilderness survival to hand-to-hand combat. In doing so, he draws extensively on biographies, autobiographies, training manuals, interviews and press coverage of key operations. The elite forces covered include: The British Army s Special Air Service (SAS), established in 1950, which has served as a model for the special forces of many countries. Its counter-terrorist wing famously took part in the hostage rescue during the siege of the Iranian Embassy in London in 1980. The Parachute Regiment, the airborne infantry element of 16 Air Assault Brigade, which spearheads the British Army s rapid intervention capability. It is closely linked to United Kingdom Special Forces. The US Navy s SEALS (Sea, Air, Land Teams), trained to conduct special operations in any environment, but uniquely specialised and equipped to operate from and in the sea. Together with speedboat-operating Naval Special Warfare Combatant-Craft Crewmen, they form the operational arm of the Naval Special Warfare community, the Navy component of the US Special Operations Command. Their special operations include: neutralizing enemy forces; reconnaissance; counter-terrorism (famously in the killing of Osama bin Laden); and training allies. The US Army s Delta Force: The Special Mission Unit, 1st Special Forces Operational Detachment-Delta (1st SFOD-D), known simply as Delta Force, the Army component of Joint Special Operations Command. Its role is counter-terrorism, direct action and national intervention operations, though it has the capability to conduct many different kinds of clandestine missions, including hostage rescues and raids. The US Army Rangers, a light infantry combat formation under the US Army Special Operation Command. The Green Berets motto: to free the oppressed trained in languages, culture, diplomacy, psychological warfare and disinformation. Russia s Spetsnaz, whose crack anti-terrorist commandos ended the Moscow theatre siege, and who have a reputation for being among the world s toughest and most ruthless soldiers. Spetsnaz units saw extensive action in Afghanistan and Chechnya, often operating far behind enemy lines. Israeli Special Forces, especially Shayetet 13 (Flotilla 13), whose motto, in common with the rest of the Israe

Other Editions - The Mammoth Book Of Special Forces Training by Jon E. Lewis » Have you read this book? We'd like to know what you think about it - write a review about Mammoth Book Of Special Forces Training book by Jon E. Lewis and you'll earn 50c in Boomerang Bucks loyalty dollars (you must be a Boomerang Books Account Holder - it's free to sign up and there are great benefits!)

Jon E. Lewis is a historian and writer, whose books on history and military historyare sold worldwide. He is also editor of many The Mammoth Book of anthologies, including the bestselling On the Edge and Endurance and Adventure. He holds graduate and postgraduate degrees in history. His work has appeared in New Statesman, the Independent, Time Out and the Guardian. He lives in Herefordshire with his partner and children.