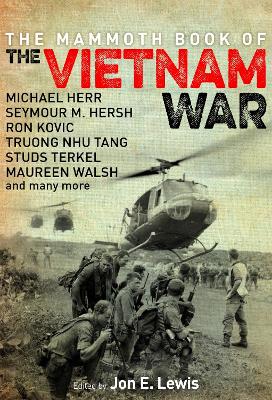 The Mammoth Book of the Vietnam War

Description - The Mammoth Book of the Vietnam War by Jon E. Lewis

By 1969, following the French defeat at Dien Bien Phu, over 500,000 US troops were in country in Vietnam. Before America s longest war had ended with the fall of Saigon in 1975, 450,000 Vietnamese had died, along with 36,000 Americans. The Vietnam War was the first rock n roll war, the first helicopter war with its doctrine of airmobility , and the first television war; it made napalm and the defoliant Agent Orange infamous, and gave us the New Journalism of Michael Herr and others. It also saw the establishment of the Navy SEALs and Delta Force. At home, America fractured, with the peace movement protesting against the war; at Kent State University, Ohio National Guardsmen fired on unarmed students, killing four and injuring nine. Lewis s compelling selection of the best writing to come out of a war covered by some truly outstanding writers, both journalists and combatants, includes an eyewitness account of the first major battle between the US Army and the People s Army of Vietnam at Ia Drang; a selection of letters home; Nicholas Tomalin s famous The General Goes Zapping Charlie Cong ; Robert Mason s R&R , Studs Terkel s account of the police breaking up an anti-war protest; John Kifner on the shootings at Kent State; Ron Kovic s Born on the Fourth of July ; John T. Wheeler s Khe Sanh: Live in the V Ring ; Pulitzer Prize-winner Seymour Hersh on the massacre at My Lai; Michael Herr s It Made You Feel Omni ; Viet Cong Truong Nhu Tang s memoir; naval nurse Maureen Walsh s memoir, Burning Flesh ; John Pilger on the fall of Saigon; and Tim O Brien s If I Die in a Combat Zone .

Book Reviews - The Mammoth Book of the Vietnam War by Jon E. Lewis

» Have you read this book? We'd like to know what you think about it - write a review about Mammoth Book of the Vietnam War book by Jon E. Lewis and you'll earn 50c in Boomerang Bucks loyalty dollars (you must be a Boomerang Books Account Holder - it's free to sign up and there are great benefits!) 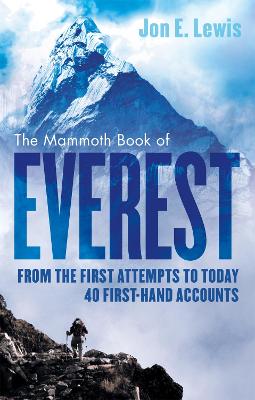 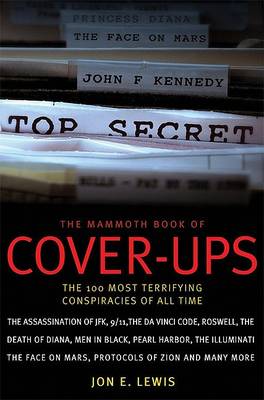