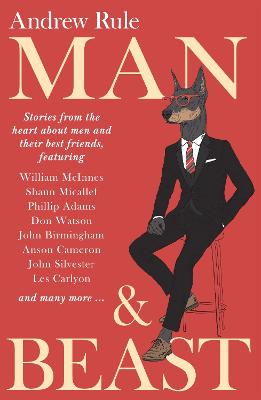 Man & Beast features some of the greats of Australian literature, writing about the particular kinships they have with animals- the loves, the losses and the surprising turns those relationships can take.

Les Carlyon writes about those strange beings, horse people. Robert Drewe's curious eye falls on everything from bull sharks to bull ants. Don Watson is a secret racehorse fancier. Shaun Micallef remembers the dog that might never have been and Paul Toohey laments the passing of the 'roo dog. 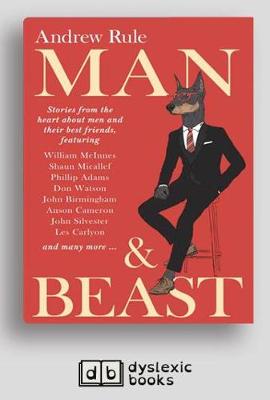 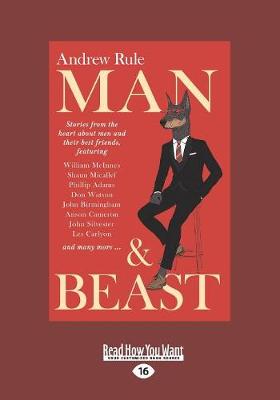 » Have you read this book? We'd like to know what you think about it - write a review about Man & Beast book by Andrew Rule and you'll earn 50c in Boomerang Bucks loyalty dollars (you must be a Boomerang Books Account Holder - it's free to sign up and there are great benefits!)

Andrew Rule grew up in eastern Victoria surrounded by animals. Too small to be a mounted policeman, too big to be a jockey, too frightened to be a rodeo rider, he won the 1974 Sale Agricultural Show essay competition (first prize $5) before starting as a reporter with the Gippsland Times and Maffra Spectator. He later worked at The Age, The Herald and the Herald Sun. He has variously maintained three terriers, two cats and too many old ponies and young racehorses.

A Preview for this title is currently not available.
More Books By Andrew Rule
View All